Watch the heavily saturated video for The KVB’s “Shadows” 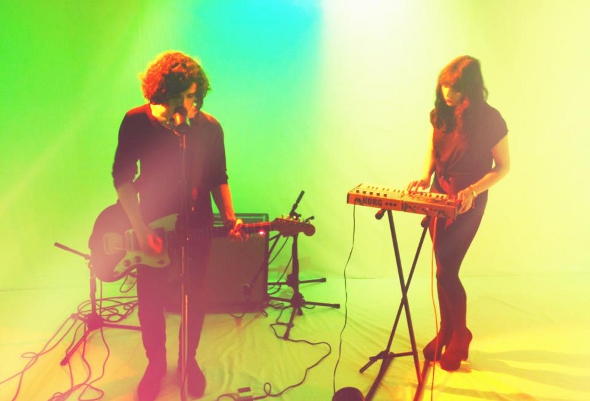 London duo The KVB have teased their forthcoming album for Cititrax with a new video for lead track “Shadows”.

As previously reported, next month sees Minimal Wave sister label add some English flavour to their roster with Immaterial Visions, the latest longplayer from the prolific duo of Klaus Von Barrel and Kat Day with an impressive remix release to follow featuring contributions from Regis, Silent Servant In Aeternam Vale and more.

Those still unacquainted with the duo’s combination of squalling, feedback-drenched guitar, noisy post-punk rhythms and complex synth textures – which were most recently featured on the excellent Downwards compilation So Click Heels – can get a taste of Immaterial Visions with the video for album track “Shadows”, whose synaesthesic tones are richly complimented by the heavily saturated visuals of the video – which is Day’s own handiwork. (via Selftitled)