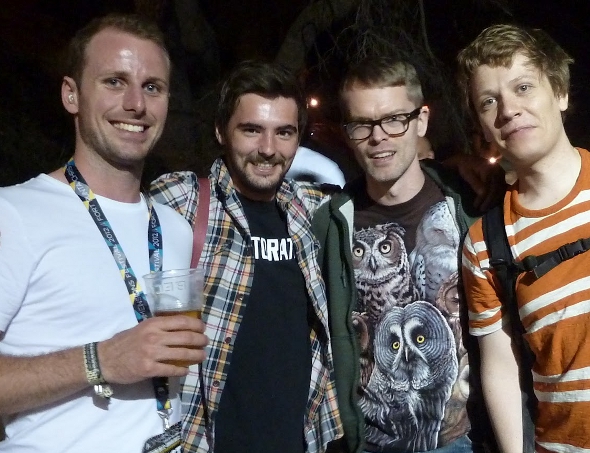 The next Works The Long Nights release sees Blawan and Surgeon collaborating under the Trade moniker.

Announced last night before Bowie fever gripped the nation, the news of Surgeon and Blawan (pictured above, flanked by Midland and Pangaea) working together as Trade is unexpected, though hardly surprising given how supportive the former has been of the latter and his fellow UK techno producers in recent times. Set for release next month, the four track release, available to preview below, looks set to expand further on the same gnarled, industrial tone that Blawan adopted on the previous Works The Long Nights release along with fellow label boss Pariah as Karenn.

Works The Long Nights will release SHEWORKS005 by Trade on February 5.

A1. Half Nelson
A2. Positive Neckline
AA1. Touch This Skin
AA2. I Notice You All