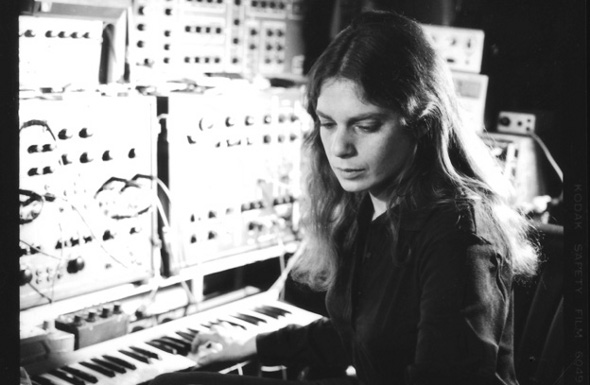 Laurie Spiegel (pictured above) is one of the great pioneers of electronic music, whose work with computers in the 70s and 80s paved the way for much of today’s computer-led electronic music landscape (those interested should check Simon Reynolds’ excellent interview with Spiegel at Pitchfork). Last year saw her 1980 debut The Expanding Universe reissued; now Junior Boys producer Jeremy Greenspan has reworked the track “Drums” with Spiegel’s permission for the next release on Daphni and Caribou man Dan Snaith’s Jiaolong label.

“Drums&Drums&Drums” as it has been named, opens with the unadulterated minimalism of Spiegel’s original, slowly evolving with a steady 4/4 kick and pulsating analogue arpeggio which have the label’s expected mixture of colourful psychedelics and no-nonsense rhythms. On the flip is “Sirius Shake”, an original production whose abstract, brittle nature actually sounds considerably more Spiegel than the accompanying rework.

No firm release date has been set, but Snaith’s Twitter promises “soon”.