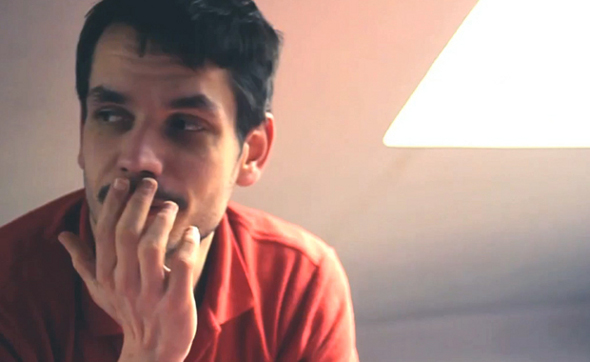 Cupp Cave will be making his Fabric debut soon as part of Sonic Router’s Room Three takeover on Friday January 11, and has created a fine mix to mark the occasion.

One of numerous aliases adopted by Belgian producer Franz Baker, Cupp Cave’s brand of glitchy, off kilter electronic music most recently found a welcome home on the UK hub Ramp Recordings with last year’s criminally underrated album Retina Waves. That challenged previous Cupp Cave output such as Dice Pool, the 22011 EP for Vlek Recordings in our affections, whilst his work under the Ssaliva banner for the aforementioned Brussels label, Meakusma and Leaving Records is also worth investigating. Those unfamiliar with the producer’s foggy yet crystalline approach all should set aside 45 minutes to listen to this mix, which succinctly encapsulates his lo-fi style.

He’ll be appearing alonside Peverelist and Joe in Room Three on Friday January 11, the same night which will see Hessle Audio take over Room One to celebrate the launch of Ben UFO’s imminent Fabriclive 67 mix, with the man himself appearing alongside Pearson Sound, Pangaea, Optimo, MMM and Call Super; full details and tickets can be found here.