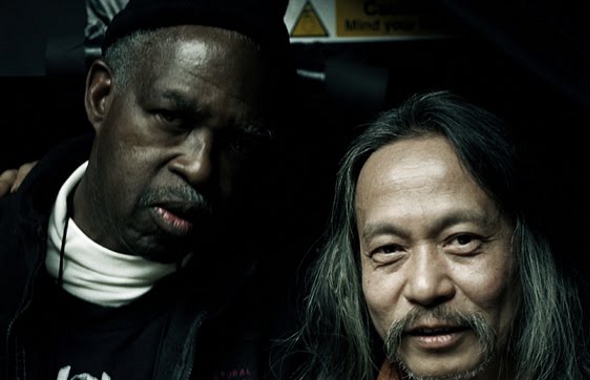 Former CAN vocalist Malcolm Mooney is the latest musician to release on The Sounds Of The White Columns label affiliated with the prestigious White Columns gallery space in New York.

White Columns first appeared surfaced on the Juno Plus radar with the Ikue Mori and Julianna Barwick FRKWYS release on RVNG Intl last year, which was conceived and executed as part of the duo’s month long installation at the gallery. However, the non profit art space has an established heritage for supporting the city’s experimental music scene that dates back to the early 80s with events such as the seminal Noise Fest overseen by Sonic Youth’s Thurston Moore in 1981 or the exhibition of art from artists/musicians curated by Barbara Ess and Kim Gordon.

This tradition has been expanded into a fully fledged label, Sounds Of The White Columns, which intermittently releases 12″ recordings of music from artists commissioned to do music installations at the Greenwich Village based gallery space. Artists as varied as Tussle, Martin Creed and Billy Childish have previously been involved with The Sound of White Columns label, however news of Mooney’s three track release is undoubtedly their most high profile transmission. Mooney was CAN’s original vocalist, featuring on the band’s seminal long players Soundtracks and Monster Movies, and has previously collaborated with White Space on numerous installations. The three track 12″ features two of Mooney’s own compositions, as well as a new version of the CAN classic “She Brings The Rain” – which you can sample below – and comes in a limited pressing of 500 copies with letter-press artwork by Will Work For Good incorporating a drawing by Mooney.

Intriguingly, Eric Duncan and Thomas Bullock are also working with White Columns on a forthcoming Rub n Tug Party Starter 12″ that features 40-minute live mix recorded in New York around 2002, which was originally pressed up as part of the Do Your Thing exhibit the duo held at the gallery space over the summer.

You can order the Malcolm Mooney 12″ from the RVNG Intl site or contact the White Columns gallery for more info.