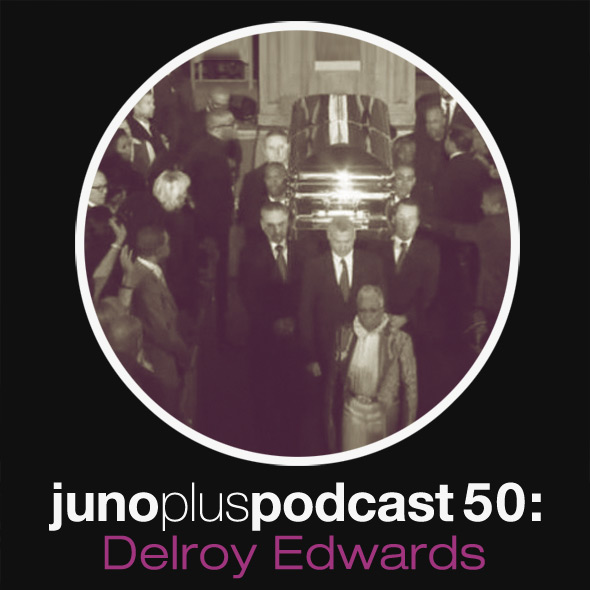 Consider Juno Plus Podcast 50 an early Christmas present from us to you, with Delroy Edwards at the helm for 40 minutes of Dance Mania ghetto house and basement techno.

In a year where Ron Morelli’s label swept all before it, Edward’s debut appearance on L.I.E.S. in September still managed to stand out as a considered highlight, with the 4 Club Use Only 12″ containing three tracks of rough hewn analogue funk. We selected the EP in our top 100 singles and EPs of 2012, with our own Scott Wilson rather succinctly describing the record as “absolutely fucking bad-ass”. This set the tone for what has followed, hogging our attentions on the L.I.E.S. American Noise vinyl sampler with “Feelings” whilst also making his mark on the full compilation with a typically banging Xosar mix. “Feelings” has subsequently been granted the honour of an early appearance on Ben UFO’s forthcoming Fabric mix.

Details about the producer remain scarce; his Soundcloud page is littered with tracks tagged as ghetto house and footwork; we also know he met Morelli during a stint working at A1 Records in Manhattan, and that he now splits his time between New York and L.A. He provided us with the above image to accompany his mix – a macabre visual representation for a selection that combines a healthy sprinkling of unreleased Edwards material alongside staples of the Dance Mania roster such as Mike Dunn, Traxman, Robert Armani and Parris Mitchell.