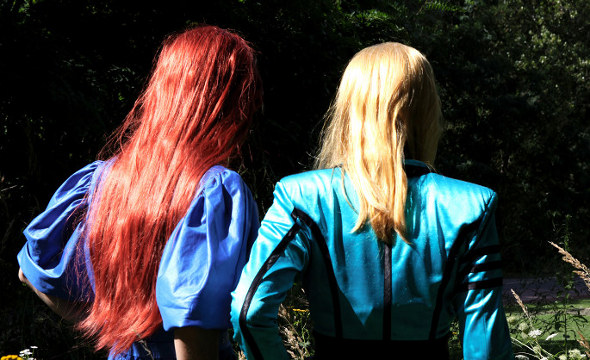 Celebrated Swedish duo The Knife have confirmed details of their latest studio album, with Shaking The Habitual set for release in April 2013.

It’s the first album from The Knife (aka Karin Dreijer Andersson and Olof Dreijer) since 2006’s Silent Shout, although in the interim period they have collaborated with Mt Sims and Planningtorock on the Charles Darwin inspired opera project Tomorrow In A Year and put out some excellent solo material as Fever Ray and Oni Ayhun respectively.

For now further details on the album remain scarce – the duo this week shared an ambiguous video clip (see below) entitled “We asked our friends and lovers to help us”, while FACT have reported that Light Asylum’s Shannon Funchess has contributed to the LP. The outfit have also confirmed that they’ll be performing across Europe to promote the album in 2013.

The Knife’s Shaking The Habitual will be released on April 8, 2013, by Mute in the US and Brille in the UK.