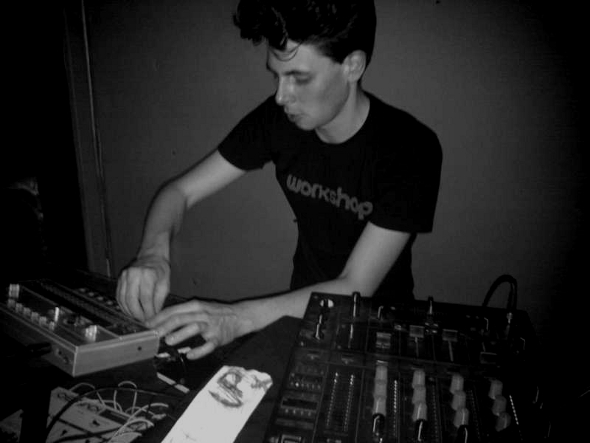 Kassem Mosse is the latest high profile contributor to Sounds Of The Universe’s Art+Sound label – stream the results here.

Launched earlier this year, the Art & Sound label is a conceptual affair which has thus far paired productions from Tevo Howard, Andrés and Hieroglyphic Being with engraved artwork from highly regarded illustrators and designers Kutmah, Ski Williams and 2Yang. Each 12″ has been pressed in limited quantities of 300 hand numbered records and available only from the Sounds Of The Universe store in Soho, London.

The addition of Workshop fixture Kassem Mosse shows the label’s focus is stretching beyond North America and is likely to prove just as clamourous as previous editions, not least because “Escape From Frankfurt” finds the producer at his most wilfully experimental, eschewing straight up rhythmic tropes for a loose, swinging approach that tends to swoop around the channels.