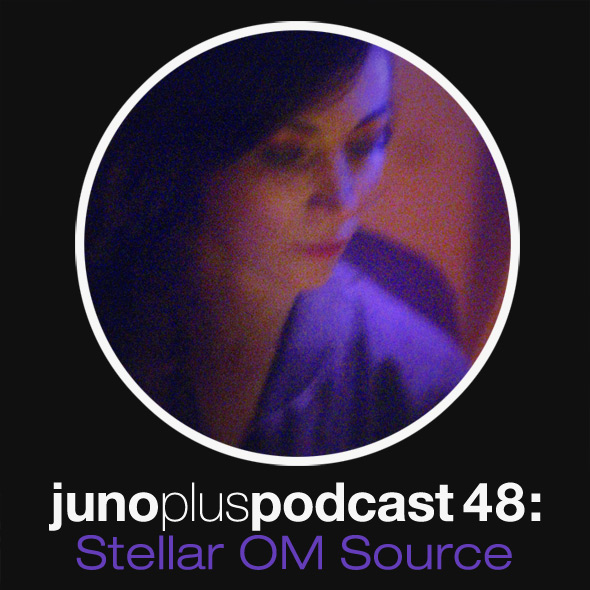 “It’s all high tech jazz in the end, right?” Stellar OM Source steps up to mix Juno Plus Podcast 48, with the Yesterday Is Karma selection indulging her love of kaleidoscopic techno.

Currently based in Belgium, the artist has a production history dating back to 2005, self releasing homespun synth explorations and appearing on labels such as Olde English Spelling Bee and Digitalis. Those early productions saw the producer, real name Christelle Gualdi, explore technicolour visions of New Age psychedelia inspired by the digital age, with the dreamy chords owing a debt to the machine-driven soul of Detroit techno. These influences have come to the fore in her forthcoming (and much delayed) 12-inch for Rush Hour’s distribution sub-label; the four tracks on offer combine Gualdi’s penchant for crafting delicious synthesiser melodies with pulsing drum patterns.

The artwork that adorns her releases embellishes the sense of retro futurism that lurks within the music itself. The sci-fi writings of William Gibson and Philip K. Dick are as much of an influence as Drexciya or Juan Atkins on her music, while her profession as an architect means she also draws on the visions of radical utopias by Superstudio and Archizoom for creative inspiration. In addition to her 50-minute Juno Plus mix, recorded live on vinyl, Christelle was kind enough to answer some questions we fired at her about her evolving sound, her upbringing on the outskirts of Paris and the art of collaboration.

Hi Christelle, you’ve got an excellent 12” for Rush Hour nearly out, which is more housey in sound than some of your more abstract earlier work. Is this a sign of a new sonic direction you’re looking to take?

I’m still using the same project name, and that means that there’s a continuity somehow. It’s not exactly like a new direction, there is a line I’m following. I keep on evolving in the music I produce and hopefully always will! Through the years I have changed my equipment several times and been through a few different musical crises, and therefore there is a difference in sound and approach. I can do more now and get into more complex compositions. There’s a certain shift, yes, between say drum-computer-free music of my earlier recordings and what I’ve done over the past three years, but to me it’s nothing radical at all. I don’t need to call it ambient, experimental, house or techno – it’s just what I do and what touches me really. It’s all hi-tech jazz in the end, right? There’s also something that very few people know: when I had the record release party of my first 12″ Rise in Planes, I played something similar to the (Rush Hour) vinyl, on top a loop of Tyree’s “Acid Crash” which I manipulated live. I have loved that sound for so long, and from that moment I felt good continuing in that direction. That was almost four years ago.

You released a lot of music around 2008-2010, but since then you’ve been a bit more sporadic with your output, can you tell us why that is?

The SOS project started late 2005 but didn’t have a solid enough output. I was gigging a lot and that was enough for me at the time. Then some friendships, some places, a lot in the US, NYC especially (until June 2009 when I was deported…), all that brought about some self-released stuff like the Trilogy, and because I had often long tours planned I was trying to bring new material along. All that stopped or changed – I didn’t tour for more than two years and I’ve developed new desires, like crafting tracks very slowly, or selecting only the very best even if it means throwing 70 per cent of your work. There’s enough cultural/musical pollution anyway, right? I often feel like a painter who refines a canvas, or changes it, goes to paint it all black, and start all over. I like this way of working, and I don’t think people want to hear what I’m busy with every six months. But yeah, now it has been too long – even longer because the Rush Hour 12″ is late, but it has been pressed and will be out very soon. 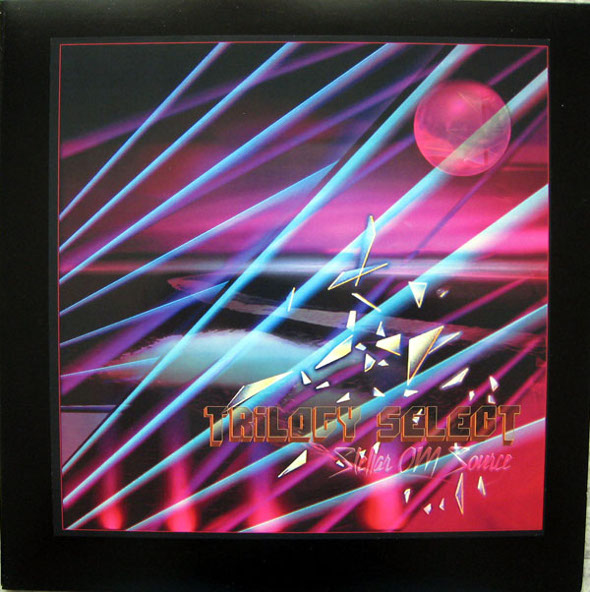 People like James T Cotton and Terrence Dixon have all professed their love for the new 12” – indeed Dixon called it “real techno”. How far back does your interest house and techno stretch? It sounds like the melodic richness of the best Detroit techno has long been a reference point…

First I couldn’t believe what those guys that I admire so deeply wrote about the 12″! I felt so blessed! Their words means so much to me. And indeed Detroit techno and especially Drexciya, Derrick May and Mad Mike are a reference points stretching back to the late 90’s for me. I can’t get enough and to me it’s not only the music but the lives of those artists, where they live, and what happened after the 90’s. It touches me very deeply.

When making music in the past you’ve spoken about taking a live approach in the studio, often recording large chunks of music to trim down into an EP or an album. This really comes across in your more textured, beatless compositions, but is it an approach you also used for your Rush Hour 12”?

It was a little more complex than this. The jamming part is necessary to get rid of the ‘recording-red led’ anxiety, just let it run, but then I would multi-layer things, re-record parts, etc. Yes, some tracks came straight from jamming sessions like “Island Best”. I still try to do that today because I want to record with more spontaneity. For the past two years I’ve been using the method of creating live sets and recording the tracks which are worth keeping. The Rush Hour 12″ consists of tracks from the past year – I have added instruments, effects, mixing qualities. After I finish writing this, I’m going to record some loose jams, capturing some freedom. I love experimenting and happy mistakes too!

You are an architect by profession – how much does this impact on the way you approach your music? In past interviews you have discussed your fascination with utopian/dystopian ideals – which bodies of work, be they visual art, music, books, or whatever, have best embodied these ideas to you?

As an architect, I was always into what is called Radical utopian architecture, especially the Italians like Superstudio, Archizoom, and of course Archigram too, New Babylon by Constant and the Situationist Movement. They never built anything but produced incredible pictures of radical utopias. I’ve always been into sci-fi, Philip K.Dick, JG Ballard, William Gibson… In music, what opened my ears and radically oriented the music I would love was the discovery of Magma when I was 14. And it has the whole Kobaian mythology/utopia, down to their own language. Around that time, Fahrenheit 451 was also a very decisive book to read. And to complete the circle, that explains why Space Is The Place and Drexciya’s black Atlantis attract me so much. 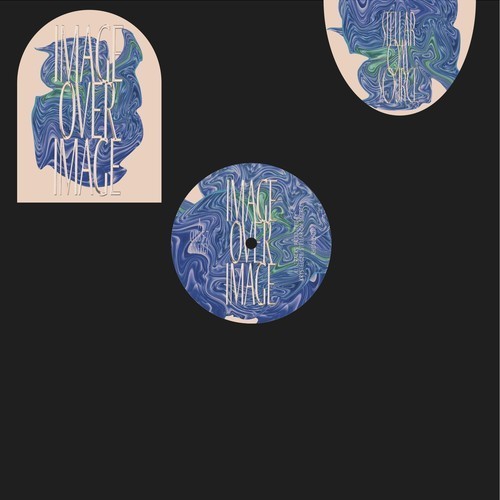 The cyperpunk aesthetic has also filtered through into the artwork that adorns your releases – how much of a role do you play in the cover art for your music?

I grew up with these kind of images, especially because I’ve always been into computers and digital arts. I used to collect rave flyers and I freelanced doing 3D renderings and animations. When I was designing my own cover art, it was interesting to try to give a visual interpretation of the music. But same as giving titles it reduces the field of interpretation in good and bad ways. And then I decided to start doing collaborations. I find it stimulating to let go of some control on everything – producing, mixing, mastering, cover art. For the Rush Hour 12″ I then asked my friend Nicole Martens to design stickers for the sleeve. And I discovered that it’s even more interesting to work with someone else, it gets deeper and more focused. You have to try to explain how you came to certain decisions.

You grew up in Paris– what were your surroundings like and what kind of impact did Parisian life have on you musically? Where are you based now?

I grew up in the close suburbs of Paris in a so-called new town. it had a real suburban feel, almost everything was built in the 70s. No history there, only post-modernity. Paris was 15 minutes by metro and I would often go there on the weekend. It had everything, in a super intense way. I went record shopping to the flea markets, buying all kinds of paraphernalia. The great thing about Paris is the richness of cultures and sub-cultures and the place that they have to be expressed. I moved to Germany when I was 16, and after that I lived in lots of different places, the longest being in the Netherlands. Today I’m in Belgium. I have started to like Belgium because it’s so weird – I still can’t understand the nature of it.

Tell us a bit about your mix – where and how did you record it? What kind of mood were you trying to achieve?

I have recorded other mixes using Serato in recent months and I was feeling really unsatisfied. I decided to erase 80 per cent of my mp3 collection – a delete/empty trash purification ritual! I went to buy new records and spent time listening to old ones again too. I was just getting tired of too many average things. And this mix is the first one coming out of this transition. It was recorded in my studio using two decks, vinyl only, and an old Pioneer mixer, straight, no edits. And for that mix I wanted to give the experience of 3 or 4 different moments. I grew tired of smooth DJ mixes where they are no surprises, or risk taking. I like mixes where there are different dynamics, translating a DJ’s tastes into a particular painting or landscape. In this mix I like the strange encounters between the ambient sounds the  darker, rawer beats, and I also love putting a record twice in a mix! It’s all kinda telling a story. This one is called Yesterday is Karma.