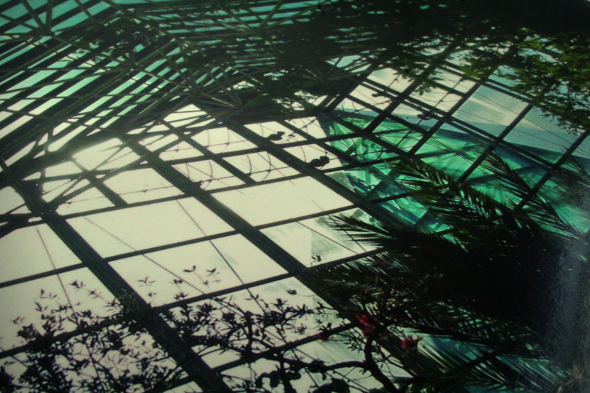 The work of Frak is impressing us so much these days that loudly proclaiming their name ranks alongside shouting SKUDGE!!! as one of the more satisfying ways to communicate – both collectives graced us with their wares this week.

Frak maintained their 100 per cent appearance record on the Kontra Musik White Label series with Wobbler, a two track emission that dovetailed expertly between the finely judged Detroit leaning simplicity of the title track and the gaseous exercise in droning analogue freeform funk that was B Sider “Chrome”. Meanwhile Skudge followed that impressive flirtation with NonPlus with their first material on their own imprint in well over a year; title track “Haste” is a typical slice of tough 909 led Skudgery, but go facedown for the real killer. Sparse rhythms drive the steely “Wonder Stories” with abstract acid squeaks, distant echo-laden percussion and thick dub chords making it a real deep analogue techno treat.

On the subject of analogue techno it would be pertinent to draw your attention to Label Nightmares, the latest release shaped document of the flourishing studio relationship between Blawan and The Analogue Cops as Parassela which is more widely available than the ‘blink and you’ve not got a chance’ debut white label that inaugurated the project over the summer. In terms of sound, these four tracks make for a heavier affair than those early productions, with “The Berlin Experiment”  a demonic highlight. Further plates from MMM’s Fiedel, a typically jugular grasping Delsin drop from Mike Dehnert, the MOS Deep debut of Italian duo Ksoul & Muteoscilattor and a killer Rawax effort from the unsung Marco Bernardi make for quite a healthy week in the land of techno.

In the house stratosphere the Dutch axis of Rush Hour and Clone made the most impressive noises with 12″ emissions from Braiden and Serge & Tyrell respectively (the latter label also dropped a Legowelt LP sampler but that sold out quicker than we could take a moment to admire the barely clear green vinyl). Braiden’s first original material since that illustrious Doldrums debut of some time ago was clearly worth the wait, particularly the ingeniously crafted “Paganini”, while Serge & Alden’s first original material together on House Countdown was the logical conclusion to the potent brand of remixes the duo have been concocting together recently – do check the Dance Mania meets Dutch rave business of “Pump-o-matic”. Other house music highlights include a Fudge Fingas heavy Firecracker 10″ in standard but still oh so impressive form, a superlative Ethereal Sounds debut from Japanese producer Miruga (B Side track “This Side Of Sunshine” in particular) and the second of ten planned releases on the newly formed So Yo label Seaghdha from Lo Shea.

Mix Jason Lietkiewicz, Timothy J Fairplay, Terekke and Jonas Reinhardt together and what do you get? A rather fine twelve inch from the refined record emporium Emotional Response is the answer, as tracks from Lietkiewicz’s Alan Hurst album were given some wonderfully diverse remixes from the three other producers mentioned above – fellow L.I.E.S. affiliate Terekke perhaps coming out top with a heavily sedated dub of “Nzambi” that rides a pacey house beat but buries everything in delay and reverb and feels like it could slip into infinity. Sister label Emotional Rescue came through with another slice of reissued gold meanwhile with the early 80s wistful, proggy goodness of Kevin Harrison’s Fly while Scott Fraser, Timothy J Fairplay’s partner in Crimes of the Future, surfaced with an excellent Astrolab transmission carrying the puzzling title of The John Hughes Experience.

Those craving more esoteric fare should find solace in Four Tet and Daniel Miller remixes of To Rococo Rot – perhaps the most worthy examples of fanboy creativity unleashed in recent times – while Spectrum Spools and Editions Mego both maintained their frankly ridiculously prolific release schedules with albums from Bee Mask and Kevin Drumm respectively. The former – modelled above – is a late contender for one of Spectrum Spools’ releases of the year, seven tracks of contemporary pulsating synth explorations which join the dots between the modern sensory overload of James Ferraro and the more patient, analogue swells of kosmische’s German forefathers.

Over at Juno Download, the excellent PAN imprint resurfaced with new transmissions from Lee Gamble and NHK’Koyxeи. Diversions 1994-1996 saw Gamble take samples of jungle mixtapes from the era and recompose them in an utterly unique way, while on Dance Classics Volume 2 Osaka-born producer Kouhei Matsunaga aka NHK’Koyxeи tackled more of his brink-teetering dancefloor cuts across a range of tempos and rhythms. Tracks such as “703” and “670” stalk on broken beats, ringing and humming with distortion but locked to a stout groove, but there was plenty of leftfield techno malevolence to be found on tracks such as the looping peak-time bomb “112” or the drunken freakout of “101” with its slippery bass and echoing droplets of melody.

Elsewhere, masked techno avenger Redshape released his new album, Square, via Gerd Janson’s Running Back. All of the elements that have made the Redshape project so respected were present here: “It’s In Rain” teemed with crisp drums and brooding, humming bass –  the inclusion of an astronaut sample added some levity to a sound sometimes seen as ultra-serious. But while Squares was a deft distillation of Redshape’s nuances, it also featured a left of centre take on hip-hop, with Space Ape chatting over the loose, mid-tempo drums of “Until We Burn”. Delsin meanwhile dropped two shrewdly timed reissues in Midnight Hours by Population One (aka Terrence Dixon) and Energize by DJ Yoav B, while boutique London imprint Don’t Be Afraid presented The Upstairs Apt from underrated Detroit type Manuel Gonzalez, a man who has toured with Underground Resistance and collaborated with Kyle Hall. From the strength of this four track EP, it’s highly likely we’ll be hearing more from him in the future, as he glided between strung-out house (“Let Conversation Take Place”) and decaying, virulent electro (“Gas Chamber”) with ease.

We’ll finish this week’s round-up with nods to the two CDs that impressed us most: first, Soul Jazz returned with another exploration of the rock, soul, country, funk and blues fusions that trickled out of the Southern US states in the late ‘60s and early ‘70s on Delta Swamp Rock 2, while Pinch revisited his early days with a collection of obscure B-sides and remixes.