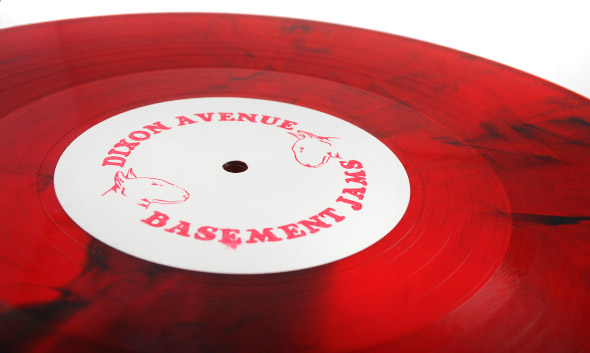 Tuning into Hessle Audio’s Rinse FM show last Thursday, I was surprised to hear “Shut In”, a track from Austin Cesear’s recent (and excellent) album on Public Information. As it reached its end Ben UFO acknowledged the track (and his preceding selections) as “outsider dance”, and offering shoutouts not to the Swamp81 axis or the Hemlock family, but to Will Bankhead and The Trilogy Tapes crew, Bill Kouligas and the PAN massive, and anyone who had seen Hieroglyphic Being and Oneohtrix Point Never in London over the preceding weeks.

Of course it shouldn’t come as a surprise for Ben UFO to acknowledge such things; the man has excellent, varied taste, but the phrase “outsider dance” struck me. A few years ago, Ben UFO could have been classed as much the same thing, but it says how much about how far we’ve come that he is now thought of as relatively normal compared to some individuals. If I will remember 2012 for anything, it will be as a year that more emphasis was placed on these individuals operating at the fringes of the fringes rather than labels, genres or scenes – almost as if the genre issue had become not just irrelevant, but dull. Inspired in some way by this idea, this month’s Scratching The Surface looks at records from over the past few months from artists that, for one reason or another, are outsiders. Some have been working for many years, some are anonymous newcomers, but they all make house and techno that sounds wilfully queasy.

There’s no better example of a figure who has been operating at the fringes for some years to start with than New York producer William Burnett. He has been actively producing and DJing since the turn of the century (primarily as Speculator and Grackle), riding out a decade of musical change in the city, but it feels with the Willie Burns moniker, his time has properly arrived. His EPs for L.I.E.S. and Crème last year showcased his talent for crafting lo-fi deep house that pops; “Fantasy M.D.” and “Key Horizon” both combined thick analogue bass, knackered digital piano with liberal delay and woozy production with more than a hint of the Hague sound (not surprising considering his previous life as synth explorer Grackle, as whom he released on Legowelt’s Strange Life imprint). 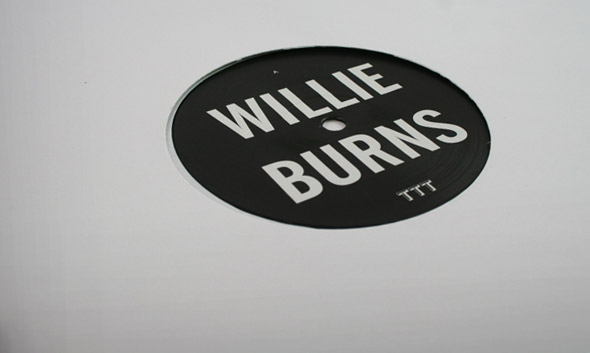 His appearance on Will Bankhead’s Trilogy Tapes imprint is perhaps unsurprising; avid followers of the label’s blog will know Bankhead appreciates the more idiosyncratic end of house and techno, and The Overlord EP shows Burnett to be even more multi-faceted than perhaps anyone previously thought. Although “Duh Duh Dunk” revisits the rigid yet drifting piano of earlier tracks, there’s something altogether more measured about it, unfolding like a Balearic sunrise rather than threatening to rattle itself to pieces. “African Love Story” has the same MIDI backing track feel of Trackman LaFonte & Bonquiqui’s “banging surfer house” but with the feel of African pop mixed with a US cop show theme, while the bassline in “A Summer In Grass” has all the unpredictability of a DJ Sotofett jamming over some 80s balladry. But it’s the EP’s title track that provides the most “what the fuck” moment. The only way I can describe it is that it reminds me of an analogue house version of the hoover rave sound (Second Phase’s R&S classic “Mentasm” is a good reference point), combining a unpredictably wobbling bassline with aerated synths that sound like they’re being sucked backwards. It’s abhorrent and addictive in equal measure, and makes for one the year’s most unlikely dancefloor bangers.

“If I will remember 2012 for anything, it will be as a year that more emphasis was placed on these individuals operating at the fringes of the fringes rather than labels, genres or scenes – almost as if the genre issue had become not just irrelevant, but dull”

Of the huge number of L.I.E.S. records to be released this year, perhaps the most understated comes from a producer calling himself Delroy Edwards. It’s a name that conjures up an image of a lost ghetto house producer; one look around his Soundcloud page, filled with tracks marked “ghetto house” and “footwork” seem to confirm this assumed identity. That Delroy Edwards isn’t his real name should be obvious, and it puts him squarely in the established pantheon of oddball characters and fictional backstories that inhabits the L.I.E.S. universe. But the “ghetto” aspect that seems present on his Soundcloud page is toned down for this release; “When The Glue Won’t Burn” delivers a robust piece of deep acid with distorted digital piano buried at the bottom, “Bells” is a tracky percussive number with a subtle marimba melody that sounds like a deeper Chicago version of the Jeff Mills classic that shares its name, while “Love Goes On And On” contrasts aggressive blasts of pure electricity with an analogue drift that’s straight out of the Legowelt handbook. The sound quality of Edwards tracks goes beyond lo-fi – put the needle down and you’d be forgiven for thinking you’re listening to a shoddy Dance Mania bootleg that’s been sitting in a waterlogged basement for 20 years, but like Hieroglyphic Being, his productions are simple yet deceptively dense, forcing your attention beneath the murk to the music’s primal makeup. The hi-hats sound like they’re about to snap, and the full throttle kicks sound like they could give out at any moment, while the synths wheeze under their own weight. But it’s this sense of imminent collapse that makes Edwards’ music so engrossing, and you can tell that as a producer he operates at a fairly unique frequency. 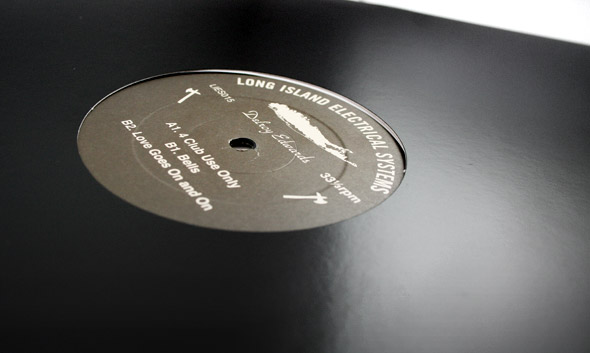 Another producer informed by ghetto house but not particularly tied to a slavish recreation of its sound is Detroit’s Jared Wilson. For the past five years he’s been quietly putting out records on his own 7777 imprint and in that time he’s built up something of a cult following for his unique combination of ghetto vocals, malfunctioning house and fucked up acid. Rather than sounding decrepit as Edwards’ tracks do, Wilson’s are relatively clean, but the aesthetic is defiantly raw. Wilson is an interesting choice of producer to provide the debut release for Glasgow-based imprint Dixon Avenue Basement Jams. It’s a clear statement of intent from a label that seems to be setting itself up as a British answer to an aesthetic that is somewhat under-represented in terms of labels, and the tracks don’t mess about either; “Why Trust” is the prime example of why Wilson is so respected; an unhinged vocal and 303 combination, it screams in more ways than one, while “Unknown Desires” recalls the Skudge school of deep acid techno, a robust jack-track with machine-gun percussion. Hand stamped white labels – yes, we’ve heard it before, but tapping up someone of Wilson’s pedigree for their debut release suggests the people behind Dixon Avenue Basement Jams have more than a clue about what they’re doing – and clips of their forthcoming 12” from Marquis Hawkes suggest they are a label to keep a close eye on.

This may be contentious to his legions of admirers – but personally I find Toronto’s Basic Soul Unit to be hit and miss at times. Making music that sounds informed by Berlin but living in Canada, he’s a unique figure, and although not a million miles away from a producer like Jared Wilson, his rough sounds sometimes veer a little close to meandering deep house for my liking. His recent single for Boddika’s Nonplus imprint however, is easily one of his best releases to date. Perhaps unsurprisingly for a label run by the ex Instra:mental member, these are techno tracks that feel informed by drum and bass; “Swept Up” begins with a tumbling roll of snares that sound like a truncated amen break and a squashed, gritty kick, while a slow rush of filtered synths lead on to a warm pad and a deep Chicago inspired melody. It’s an unashamed 3am drop veering on the edge of trance, the type of which nobody really seems to know how to make any more. For those that understand how to use it, it has the potential to be timeless. “Mindstorm” on the other hand is a more industrial edged dub techno effort; it doesn’t incite waves of bliss, but it’s distorted, loose limbed bass and gnarled 303 offers a different kind of nauseous crescendo. These are tools, yes, but ones I could happily listen to on repeat for a good while. 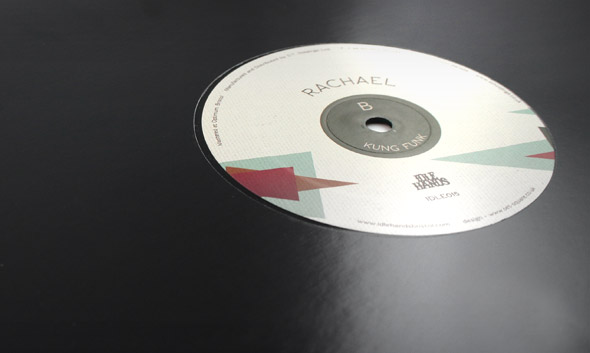 To finish off, we move to Bristol, perhaps the current British hotbed of outsider talent. No label has done better to showcase the city’s diverse taste than Idle Hands, and their latest record come from the anonymous Rachael. So far the releases on Idle Hands have all had a recognisably Bristolian bent to them, at the very least reflecting the various idiosyncrasies of Bristol’s rich music scene. Be it deep house from Outboxx, dubstep informed techno from Szare and AnD, Kowton’s hybrid sound or Kahn’s throwback garage, they’ve all had some root in the city’s sub cultures. But on Rachael’s “You’re Driving Me”, it’s unclear exactly what the reference point is. There’s a hint of Detroit techno for sure, but it’s more like an LSD-laced variant of Robert Hood’s sci-fi jazz minimalism, with a rubbery, translucent moebius strip of a synth line. B-Side “Kunk Funk” owes perhaps more to Bristol’s deep house scene than its counterpart, but it still takes the same fluorescent hue and constructs something halfway between Space Dimension Controller and Theo Parrish, with a sprung bassline and live, wonky keys that hint at classic house without being overly referential. Rachael is a unique voice in the Idle Hands catalogue, and it’s because of that this record stands up there with Alex Coulton’s Candy Flip as one of my favourite Idle Hands releases to date.