Detroit’s MGUN next up on Don’t Be Afraid 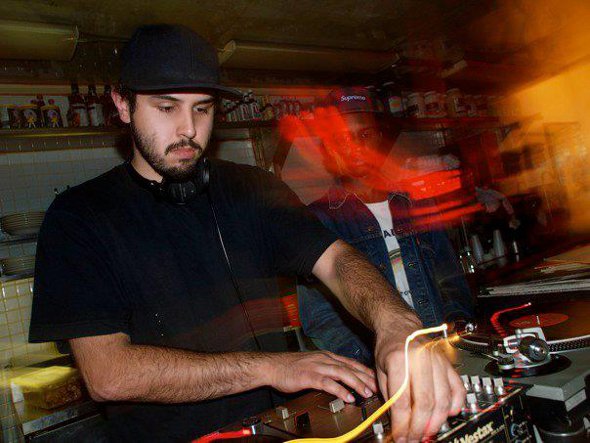 London based imprint Don’t Be Afraid will continue to expand their sphere of influence with a forthcoming release coming from Detroit-based producer MGUN.

Otherwise known as Detroit native Manuel Gonzales, the producer – whose pedigree includes touring with the live Underground Resistance ensemble – originally appeared on our radar via Wild Oats in 2010 as part of the NSNT PRJCT collaboration with label owner Kyle Hall. This was followed earlier this year with a solo release for the same imprint – the underrated Harmnear EP – featuring a title track so cavernous in its execution there’s not enough physical depth to fully convey its scale.

Gonzales debuts Don’t Be Afraid with The Upstairs Apt. EP, which sees him develop his sound with four lo-fi tracks that veer further into the territory of leftfield techno. “Let Conversation Take Place” is a deep, hypnotic number with moaning vocals hovering just on the fringes of the audible range, while the 138BPM “Gas Chamber” is described by the label as a “Detroit-does-grime 138bpm club destroyer”. These are joined by “Westerns”, a beatless, almost new-age track that is reminiscent of the recent Jahiliyya Fields material on L.I.E.S, and “Files React”, a minimal piece of restrained acid swathed in delay.

His appearance on Don’t Be Afraid sees the label continue to expand their remit; having started life as an imprint for label owner Semtek to release his own productions, it has grown over the past year with impressive releases from Mr Beatnick, Photonz and Claws For?, as well as delivering one of the year’s most unique label concepts records in the form of an imprint celebrating British asparagus season.