Parris Mitchell – Life In The Underground 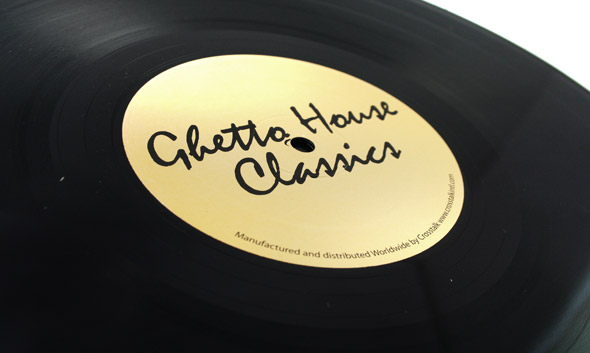 If David Attenborough was to make a documentary about the nuances of dance music, there’s every chance he might stumble upon the microcosm of Chicago’s ghetto house progenitors causing a ruckus and scaring the gentler sensibilities of other sub genres. As seemingly insular and dated a sound as it might have been, ghetto house caused enough ripples to now be inspiring a whole generation of beatmakers across the world through the influence of its bastard child juke; that’s not to mention such phenomena as Detroit ghetto tech among other offshoots.

While some acts such as DJ Funk or DJ Deeon have generally maintained a presence amidst electronic music beyond the peak of ghetto house, Parris Mitchell is not as widely remembered. However, he stands a good chance of enjoying the kind of revival gigs the likes of Lil Louis has been enjoying off the back of this chunky double-pack reissue for new label Ghetto House Classics. Needless to say it bodes well for a slew of forgotten gems from the era – not least Mitchell’s own highly sough after “All Night Long” – but as a starting point you could do much worse than this album.

Where much of ghetto house was concerned with the usual tropes of ass and titties, Parris Mitchell’s sound seemed to reach for something deeper, fusing elements from many different sources in a quest for sonic adventure over basic primal urges. As a case in point, “Rubber Jazz Band” and “Street Jazz” work choice samples of double-bass, piano and live drums into the pumping framework, dropping the samples with a wild abandon that captured so much more of the spirit of jazz than slick sax lines and smooth chords.

Likewise “Computer (Remix)” took a positively sc-fi stance with its tweaked FX and oddball synth squiggles, reaching for an experimental space somewhat advanced from the back to basics approach of its fellow ghetto dwellers. Also littered across the album is the endearing homage/rip-off culture that permeated early Chicago. The cheekiness of ghetto house and its producers meant that there was no shame in being as brazen as to take a wholesale slice of creativity from a seminal Dance Mania track, such as The Dance Kings’ “Climb The Walls”, and simply chop it up and rearrange it and call it your own. The fact that the track remains titled “Climb The Walls” is enough proof that there was no shame in this activity, and Mitchell’s own version kicks in its own ragged, jacking way. Where much of the house music being revisited these days errs towards the deeper, more refined side of the sound, this reissue is a timely reminder of the legacy of ghetto house.