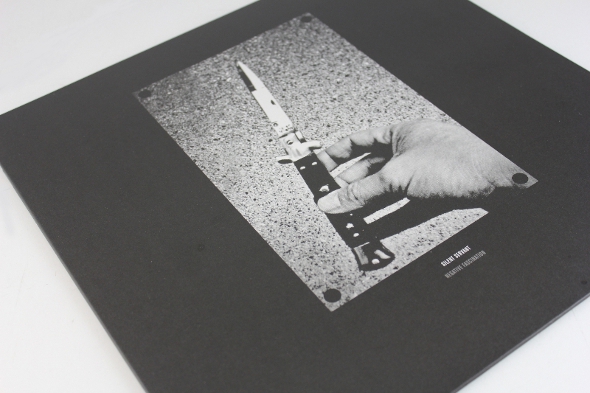 US producer Juan ‘Silent Servant’ Mendez released an EP called Negative Fascinations on Sandwell District. Despite just one letter separating that 2009 release and this, his debut album, there is a world of a difference between both records.

Following the closure of the seminal Sandwell label/collective, there was speculation about what each artist would do next and who or what would fill the void that it left behind. The answer to the first part of that question is that Regis is indulging his love of post-punk and reissues, Function is busy working as a remixer and readying his debut album, while Mendez has already re-appeared with his slightly confusingly-titled long player. Finding a reply to the second part is more complicated; no label has since emerged to fill the Sandwell footprint and it would be wrong to assume that Negative Fascination attempts to do this either.

“Process (Introduction)” sets out part of Mendez’s agenda for the album as brooding synths are joined by dead-paced drums, with both elements suddenly sucked into a swirling, cinematic vortex that finally comes to a standstill to the sound of chattering, jabbering vocals. It leads into “Invocation Of Lust”, where the beats are grubbier and come to the fore quicker, but the synth sounds are just as eerie and icy. By contrast “A Path Eternal”, while inspired by a similar set of influences, sounds remarkably fragile and confused, the scuffled electronics home to more chattering vocals.

It seems like Mendez is making a concerted effort to reflect more of his own personality in Negative Fascination, and this is most evident on “Temptation & Desire”. Lumbering beats lead the arrangement, but Mendez’s use of mumbling vocals and dusty, scuffled synths that light the way in the fog show a real human, vulnerable side to his productions. Yet at the same time, Mendez is conscious that Sandwell’s closure left legions of fans in its wake hungry for hypnotic techno. He satisfies this need on “The Strange Attractor”, where a slamming rhythm is set to hissing hats and rattling drums. But it’s “Moral Divide (Endless)” that really shows Mendez’s dance floor progression from Sandwell. There are echoes of the label on its resonating tones, but the tight, clicking beats and evocative chord sweeps make for an atmospheric alternative to the droning landscape. Coupled with the album’s more experimental tracks, it shows that Mendez has forged his own path post-Sandwell. The only remaining question is: where next?