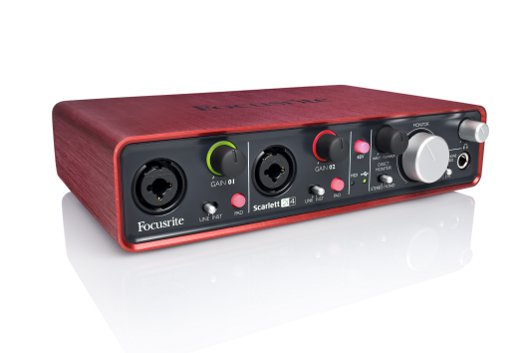 Focusrite have just announced a new addition to their family of audio interfaces, the Scarlett 2i4.

Introduced as the bigger brother of the ultra-portable Scarlett 2i2, the new model increases the number of outputs from four to two, making it even more perfect for digital performers and DJs, especially those who like to get creative with their mixes and require more than the standard two channels. With two XLR inputs on the front panel, and two pre-amps on the inside, it’s ideal for those who also need to connect line level signals.

As well as its striking red anodised aluminium unibody chassis, the unit also features handy signal halos around the gain knobs, with an LED going from green to red if the incoming audio signal is too loud, demonstrated ably in the video below.

No release date or price have been announced as yet, but keep an eye on Juno for updates.