Win: Tickets to ItaloJohnson and Tony Lionni at Hidden 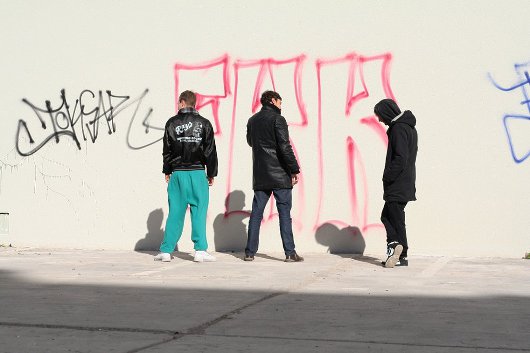 We have a pair of tickets to give away to the launch of this season’s Found series at London’s Hidden club, featuring sets from ItaloJohnson and Tony Lionni.

Opening the autumn/winter series of of Found events will be the enigmatic trio ItaloJohnson, making their UK debut with their unique brand of raw, analogue house self-released across five hand stamped white labels. Able support meanwhile will be provided by UK deep house producer Tony Lionni, whose considerable career has seen him release on labels like Ostgut Ton, Mule Musiq and Kerri Chandler’s MadTech.

In order to be in with a chance of winning, simply send the correct answer to this question, with “ItaloJohnson” in the subject line to competitions@juno.co.uk: what was the name of Tony Lionni’s 2009 piano house ode to finding a permanent home in his adopted city of Berlin?

Entries will close at midday on Friday September 14 at midday UK time, and the winner selected at random and notified soon afterwards. 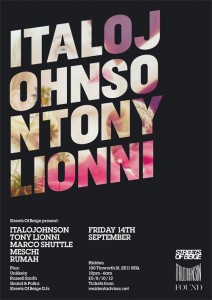