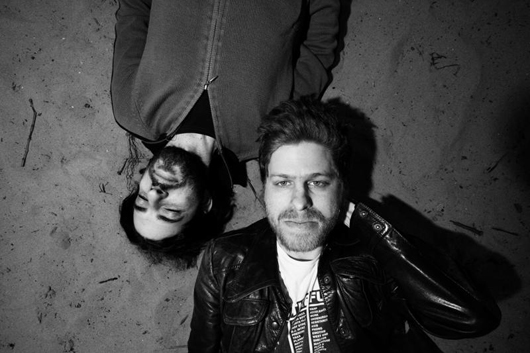 Juju & Jordash will be launching their long awaited third album this month at London’s Corsica Studios, and we have a pair of tickets to give away to the event, as well as a triple vinyl copy of the album itself.

Entitled Techno Primitivism, the album’s musical content brings a new level of cohesiveness and fluency to the Dekmantel duo’s sound, the result being a 15 track set that wanders effortlessly from soundtracky coldwave to raw analogue house and reverb-laben dub techno. The pair will be playing tracks from the album live at an intimate one-room party on Friday September 14, hosted by Corsica Studios’ resident proponents of the world’s finest house music, Tief. As well as the pair themselves, Panorama Bar resident Tama Sumo will be jetting in to act as support for the evening’s proceedings.

To be in with a chance of winning a pair of tickets, as well as a copy of the album on deluxe triple gatefold vinyl, simply send the correct answer to this question, with “Juju & Jordash” in the subject heading to competitions@juno.co.uk: What was the suggestive name of Juju & Jordash’s most recent release on Golf Channel?

Entries will close at midday on Thursday September 13, and the winner will be chosen at random and notified soon afterwards.