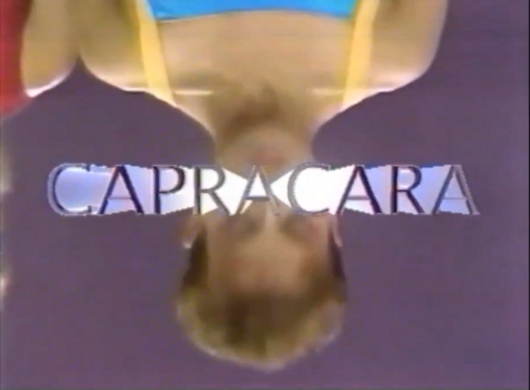 A gloriously tasteless video has emerged for Ronin, Capracara’s forthcoming Unknown To The Unknown release.

It’s directed by the Dutch audio visual designer Thomas de Rijk, who has previously produced visuals for tracks from Distal, Sinden & SBTRKT and Slugabed, and also moonlights as a producer under the Halp pseudonym. Using all manner of recycled footage and lo-fi visual effects, it’s perhaps how that ubiquitous Eric Prydz “Call On Me” video would have turned out if it emerged in the mid eighties without the mammoth Ministry of Sound budget.