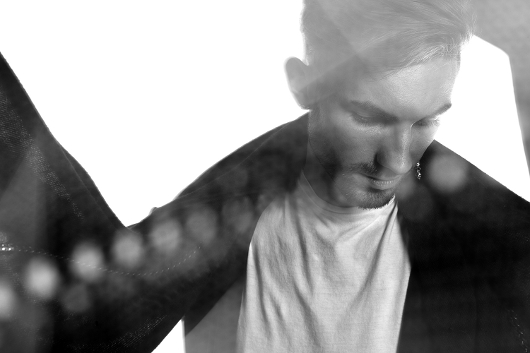 Hotflush will release Living With Ghosts, the debut album from Berlin dwelling Londoner Sigha in November.

The producer, real name James Shaw, first surfaced on Paul Rose’s ever morphing label back in 2009 with the immersive dub techno stylings of Bruised/Expansions 12″ and has gradually crafted his sound into a murky, heavily atmospheric take on techno over the course of several more releases on Hot Flush and noted remixes for the likes of Commix, Perc, The Black Dog and Avian artist AD/S.

Living With Ghosts sees Sigha further define his approach, presenting 12 tracks that finesse the space between Berghain ready techno and short ambient interludes, and the album allegedly references some of Shaw’s long held influences such as My Bloody Valentine, Sonic Youth and Slowdive, which is most evident on the rumbling nine minute cut “Translate”.

The album will arrive towards the end of a hugely prolific year for Hotflush, which has so far released albums from Jimmy Edgar and label boss Scuba alongside EPs from Locked Groove, Guy Andrews, Sepcalcure, Lando Kal and newcomer NeferTT.

Hotflush will release Living With Ghosts by Sigha across vinyl, CD and digital formats on November 19.