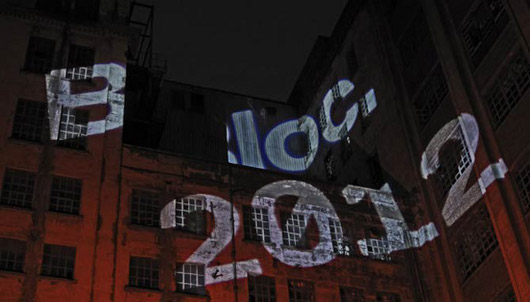 The organisers of this year’s Bloc Festival have broken their silence, releasing an official statement today in an attempt to explain exactly what went wrong at July’s ill-fated event.

The statement details the events leading up to this year’s festival, which began on Friday, July 6, at the London Pleasure Gardens in East London and was cancelled within hours of opening amid crowd safety fears. In the aftermath of the event both the Bloc organisers (Baselogic Productions) and the London Pleasure Gardens went into administration, while angry ticket holders tried, often in vain, to collect a refund.

Today’s statement – which you can read in full below – reveals in extensive detail the events of July 6 and those leading up to it, including how ticket queue lines were suspended on the first evening of the festival due to overcrowding. It also says “serious delays” with the building of the London Pleasure Gardens site “severely compromised our efforts to deliver a successful production”. There is also helpful information for any ticket holders still looking for a refund – more of which can be accessed over at the Bloc website.

Here’s that statement in full:

“Before anything else, we need to explain why it’s taken us so long to be in touch with you all following Bloc 2012.

On Tuesday 10 July 2012, after the cancellation of the festival, we voluntarily placed the company we have run since 2006, Base Logic Productions Ltd, into Administration.

This meant a team of insolvency professionals took charge of the company in order to investigate what happened, and deal with the fallout in the fairest way possible. In our case, the Administrator was Jamie Playford of Parker Andrews.

The advice we received was to hang back from all public conversations about the festival as Parker Andrews worked in the background to make their enquiries and ascertain the status of refunds. Anything we said publicly could have compromised their efforts and made it harder for this to happen. As much as we wanted to reach out to everyone, we were told time and again that ultimately it would only harm this process, so we’ve kept quiet.

It’s been painful to watch everything develop and not be able to comment, but ultimately it was the best thing as now we and Parker Andrews are in a position to explain what happened as far as we understand it, and publish information on refunds. We’re sorry for our silence but it was unavoidable given the circumstances.

First of all, some background information on how we got to this point.

At 23:45 on Friday 6th July, we took the decision to cancel the festival midway through its first night, owing to concerns for crowd safety.

We are very grateful to the Metropolitan Police for their support in assisting with the evacuation but we would also like to make it clear that, contrary to some reports, it was our decision to cancel the event.

It’s a testament to the character of the people at Bloc that the evacuation was so peaceful and calm. We would like to thank you all for this.

There has been a lot of online chatter regarding ticketing and admissions at the festival.

As already confirmed in a statement by Crowdsurge, who retailed tickets for the event, our total sales for Friday 6th July were 15,786. We took tickets off sale two days in advance and it is accepted by all concerned that we did not oversell the event.

However, we did experience problems with the management of the admission control systems. The area that was set aside for queuing before tickets were checked became overcrowded at around 21:00. This began to put potentially dangerous pressure on the searching lanes leading into the festival.

At 21:27, following a breach of these lanes, ticket scanning was suspended to ease the pressure. Comprehensive ticket scanning was not properly resumed after this time. Knowledge of the suspension of scanning combined with ticket touting enabled people to gain entry to the event without having purchased a ticket from our website. We’ll never know exactly how many people did this.

The state of the venue also attracted a lot of attention online and in the press.

It is no secret that there were serious delays associated with the building of the London Pleasure Gardens site, leading to non-completion of groundwork, venues and general infrastructure.

There is no doubt that these delays severely compromised our efforts to deliver a successful production.

In the run up to Bloc, much of the site remained unfinished, inaccessible or just closed altogether. For instance, the bridge connecting the main gate to the northwest of the site was never built and the grass amphitheatre for our planned Silo D cinema was fenced-off.

Despite our frequent requests for an up-to-date build schedule, it was confirmed just two weeks before the festival that ‘The Hub’, a 2,800 capacity high-spec venue that we had contracted to host one of our main stages, was not going to be ready for us to use. Furthermore, the large area in the south east of the site where it was to be built remained shut so that construction works could be completed in time for the Olympic period.

While failures in admission control contributed to an increase in overall numbers of people at the event, missing infrastructure and venues meant that much of the festival ended up focused in the northeast corner of the otherwise massive 60,000 square metre site. Most people chose to congregate there causing unanticipated overcrowding which ultimately led to our safety concerns.

When the extent of the missing infrastructure was revealed, we considered our options. London Pleasure Gardens was clearly a long way from the ‘riverside arts and entertainment destination’ that we had hired but our relatively small company lacked the resources to cover the costs associated with a postponement or cancellation of the festival or a legal action against the venue.

Since Bloc, London Pleasure Gardens Ltd has also gone into administration and the site is now closed. The venue had originally seemed like the perfect new home for Bloc so we’re really sorry that everyone was let down. All of you who bought tickets, travelled from afar and have supported us through many years of festivals, and parties and clubs before that, deserved better.

Following five successful editions of the Bloc festival, this year we could not deliver what we had planned – we cannot stress enough how sorry we are for this. We’ve learned from these experiences and have humbly taken on board the criticisms leveled at us.

At the links below (note: you can find these on the Bloc website) there is more information from Parker Andrews and various documents available to download to help you claim your refund. Please print off the form, fill in the relevant information and post it to the bank that issued the card you used to buy your ticket. Many people have already received a refund via this method. If you have yet to claim yours, this is the best way to do it.

Thanks to those of you who have shown love and support, particularly over the last two months, and we hope to be in touch with you again soon.”