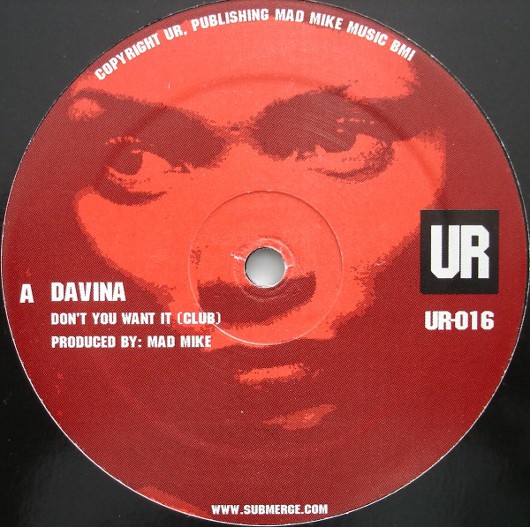 Legendary Detroit stable Underground Resistance has reissued three more of the most prized records in its back catalogue, with the latest batch including seminal deep house cut “Don’t You Want It”.

The ‘Mad’ Mike Banks produced Davina single was re-released this week – it first came out back in 1992 on Happy Records, a deep house focused sub-label of UR. It was then reissued on another UR affiliate Soul City in 1996, before finally being issued on Underground Resistance in 2002. It now stands as one of the most revered house releases to emerge from Detroit in the past two decades, with an undiminished appeal that sees original pressings still fetching tidy sums on Discogs, while UR acolyte Jackmaster included it on his 2011 Fabriclive 57 mix.

Don’t You Want It, The Final Frontier and Inspiration are out now via Underground Resistance.