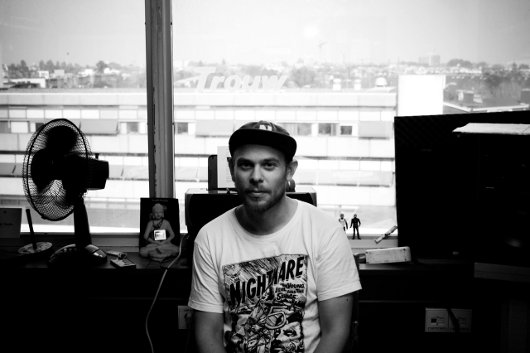 London’s premier celebration of all things house, Tief, are hosting a Voyage Direct party at Corsica Studios on Sunday August 26, and we have a pair of tickets to give away.

Operated by Amsterdam’s very own crown prince of house music Tom Trago, Voyage Direct is a series released through Rush Hour, which has seen contributions from some of Holland’s finest talent in the shape of Trago himself, Awanto3 and Dexter. They will be joining him on the night (Trago and Awanto3 will also perform under their Alfabet guise) along with Legowelt who will be performing live, and Bulgaria’s KiNK.

In order to be in with a chance of winning, simply send the correct answer to this question, with Voyage Direct in the subject line to competitions@juno.co.uk: What was the name of Tom Trago’s collaborative EP with Night Slugs boss Bok Bok, released on Sound Pellegrino last year?

Entries will close at midday UK time on Thursday August 23, and the winner notified by email shortly afterwards. 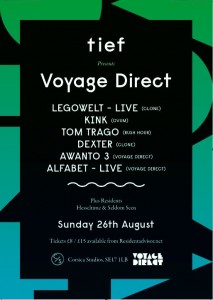