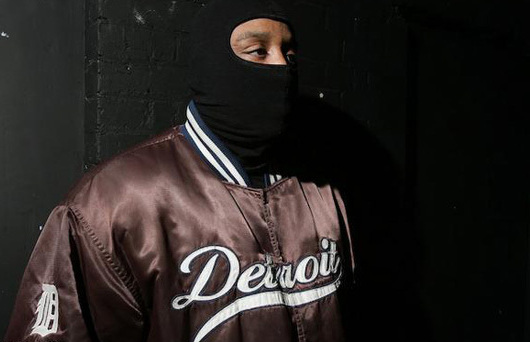 Detroit legend DJ Stingray will be releasing a 12″ single through Unknown To The Unknown soon, and we have the premiere of one EP’s three tracks.

An early apprentice of Drexciya’s unique brand of sub-aquatic techno, Sherard Ingram was hired by the pair (who he knew from his time working at a record store) to be their official tour DJ, before making a name for himself through his incendiary productions, with releases over the past decade on labels like Trust, [Naked Lunch] and WeMe, all of which is covered in detail in our interview with him last year.

It’s not the first dealing the producer has had with the label, run by Hot City’s DJ Haus – both DJ Haus and Stingray collaborated on the Stingray Enters The Unknown release last year – but this EP, entitled Imping Is Easy contains three unadulterated Stingray originals. We have a premiere of one of the tracks, “Solitude”, a classic slice of 150bpm Detroit electro filled with deep sci-fi strings and brittle, overdriven synth tendils.

Imping Is Easy will be released soon on 12″ vinyl only. No firm date has been set but according to the label it should arrive next month.

Those keen to hear the rest of the EP should keep an eye on the label’s YouTube and Facebook pages in the coming days where the further two tracks will be premiered. Further UTTU heat is also imminent, with the digital release of the mysterious Da Autopsy’s no holds barred “Tear Tha Fuckin’ Club Up” arriving on Monday 9 July, while you can grab a free Hot City track below, released to celebrate this weekend’s Bloc festivities.