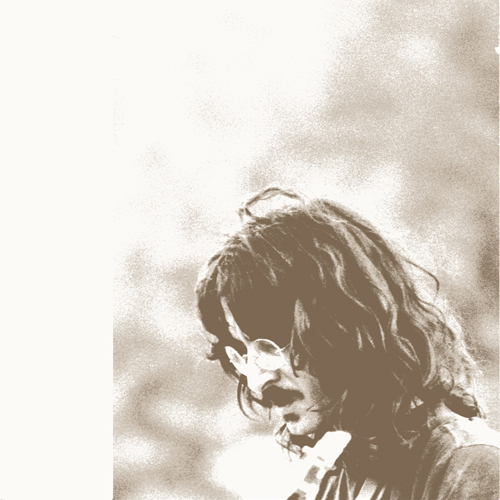 The mammoth 30 track collection, entitled For Music is Painting in the Air, contains material recorded between 1974 and 1977.  A typically in-depth press release distributed by RVNG today reveals that Falsini and his son Jeyon spent a year restoring dusty Sensations’ Fix demo tapes for the project. Although hardly a household name, Sensations’ Fix have long had admirers in high places; Sonic Youth once curated a a career retrospective at a gallery in France, while DJ Shadow sampled two of Falsini’s songs on his revered 2002 album The Private Press.

Falsini became enraptured by the rock ‘n roll 45s he received while living in Florence in the 60s from his London dwelling sister. Upon emigrating to the US with then newly-wed Vinnie Sherman, Falsini set about transforming his Virginia basement into “a cosmic conduit and launch pad for Sensations’ Fix”. Upon relocating back to Italy, Falsini maintained a prolific release schedule throughout the mid to late 70s, releasing a number of albums in solo mode and in collaboration with drummer Keith Edwards and bassist Richard Ursillo, before heading to California. The Italian also produced electro pop under the name The Antennas, and launched the Interactive Test record label after again returning to Florence, following stints in Paris and New York.

As with anything RVNG Intl put to print, expect the presentation to provide a worthy match for the musical content. The label will release Music is Painting in the Air on September 24 on 2xLP, 2xCD, and digital formats. In the meantime you can stream one of the tracks set to appear on the compilation – the shimmering “Dark Side Of Religion” – via the Soundcloud player below.