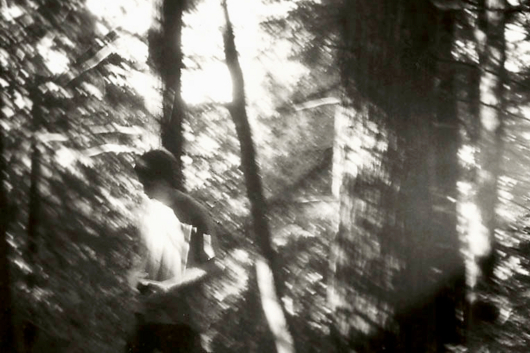 Ace London based label Public Information will continue its remit to provide a survey of electronic music with the release of an album from American producer Austin Cesear in late July.

To date, Public Information has provided an compelling platform for releases from artists as varied as Gatekeeper’s ADR, Ekoplekz, No UFOs and a reissue of early tape material from British electronic music pioneer FC Judd, with each release complemented by some excellent sleeve design and press releases with a verbose mastery of words.

The label’s fifth release is described as the first of several release planned to bring us “new voices, new sounds for the six-months ahead and beyond” and provides an album length insight into the musical world of San Francisco based producer Austin Cesear – formerly of Chocobo and Range Rover. Cruise Forever marks Cesear’s debut solo release and holds ten tracks that “represent an innovative, exhilarating ride, loaded with twists, turns and trips from the ‘floor to the comedown”. A short five minute preview of the album, which you can hear below, demonstrates that while Cesear’s musical motivations are grounded in exploring house music, there are more insular (and granular) moments across the  set.

1. Cloud Hall
2. If You Knew What Would You Do
3. The Groove
4. Forest Forever
5. Peralta Palace
6. The Beast
7. Mountain Ascension
8. Shut In
9. In The Depths Of The Ocean Is Our Capitol
10. Travellers In Faith Dub