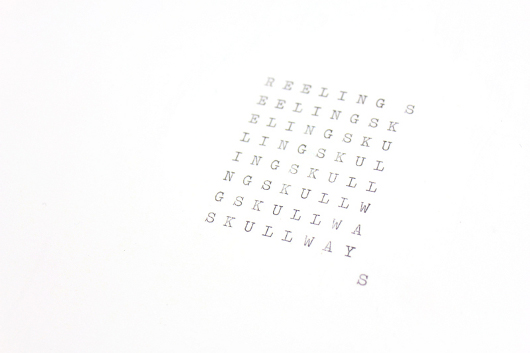 There does seem to be a particularly rich strain of albums across the electronic spectrum, many of them with cover art to match the music, and this is fully reflected in our choices for the best sleeve design for May.

The exhaustive body of work included in the first edition of Shackleton’s much discussed Music For The Quiet Hour / The Drawbar Organ release of course came housed in artwork from Zeke Clough that was as distinctive as any of his artistic contributions to the catalogues of Skull Disco and Woe To The Septic Heart!, and left us with the desire to leave it all untouched. A similar thought should cross your mind when the realisation that the resplendent art work for Classical Curves, Jam City’s superlative album is not a photograph but is in fact a fully rendered image courtesy of Bowyer Worldwide.

If you read our interview with Matt Werth, founder of RVNG Intl then you will understand how much thought and attention goes into each and every one of their releases, and the latest addition to their ongoing FRKWYS series from The Congos, Sun Araw and J. Geddes Gengras typified this meticulous approach perfectly. A photo of the legendary Jamaican band and their American counterparts adorns the cover treated with rich hues of green, red and yellow which fully justifies the faith label puts in Will Work For Good designer Kevin O’Neill.

It was hard not to enjoy Planet Mu’s nod to the classic Penguin book design on the new album from Aaron Funk under his Last Step alias, while the cover of Laurel Halo’s debut album for Hyperdub was on first glance seems pleasingly colourful, until you realise the cartoon Japanese schoolgirls are in fact gutting themselves with swords! Juli Elin Toro meanwhile did a good job of offering a suitably hazy and ethereal visual accompaniment to the excellent Motion Sickness Of Time Travel long player for Spectrum Spools, and Type adorned their much needed physical release of Black Mill Tapes Vol 1&2 by Pye Corner Audio with some excellent soft focus printed cover art. Modern Love, mean while, once again showed their ability to dig out ostensibly innocuous but somehow deeply disturbing archival images for the cover of Suum Cuique’s Ascetic Ideals.

Bass Clef’s debut album Reeling Skullways remains one of this year’s most enduring yet bizarrely underrated albums and the only possible criticism you could level at Punch Drunk was their decision to strip the double vinyl edition of some of our favourite moments. This is however tempered to a certain degree by the delightfully understated sleeve design with vast white expanses disturbed by nothing more than hand stamped type font.

The simple contrast between white sleeves and the images pressed on them worked for other releases this month, such as Tropic Of Cancer’s delightfully presented outing on Rome label Mannequin, the return of Holger Czukay to Claremont 56 and the sumptuous Seahawks release Tender Abyss. Andrew Weatherall’s new label Bird Scarer stripped back their artistic intentions even further, with the debut release from Timothy J Fairplay housed in a plain cardboard sleeve that left your attention to focus on the delightful sepia printed logo.