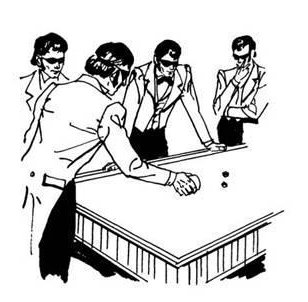 Production outfit Hardway Bros have turned in typically supine slice of Balearica in the shape of a remix of Max Essa’s “Burning Palms”.

Aptly described the the Bros as “West Coast “Going to California” Led Zep vibes meets Stokie basement”, their remix – which can be streamed in full via the Soundcloud player below – sounds like Ned Doheny produced by The Revenge, and is set for release on the Is It Balearic? imprint alongside the original and further remixes from Toby Tobias and Apiento.

The reference to the Stoke Newington basement is no doubt a nod to the erstwhile A Love From Outer Space parties that Sean, one third of the outfit, used to run with Andrew Weatherall. We recently spoke to Sean and Andrew about what made the ALFOS parties so special – check it out here if you missed it first time round.