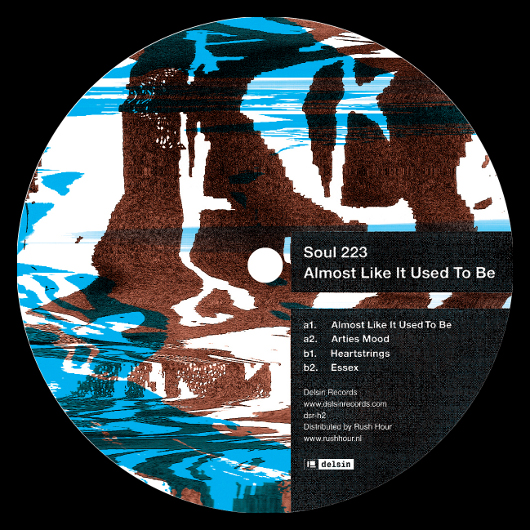 Delsin has announced the second release in its fledgling house-tinged series, with veteran producer Steve Pickton aka Soul 223 at the helm.

Almost Like It Used To Be follows a well received debut 12″ from wonderkid Gerry Read. For the second release they have turned to another UK producer, although this time they’ve plumped for experience over youth: Pickton began producing in the early 90s, and is best known for his ambient/IDM techno work under the Stasis moniker. He has released records with the likes of Mo Wax and Soul Jazz, as well as three albums for Peacefrog, namely Inspiration (1995), Fromtheoldtothenew (1996) and 2003’s Past Movements.

The EP  has echoes of the crackly, jazz-influenced output of Kenny Dixon Jnr, with the hazy, lolloping beat of “Arties Mood” and uber-deep “Heartstrings” standing out on first listen.