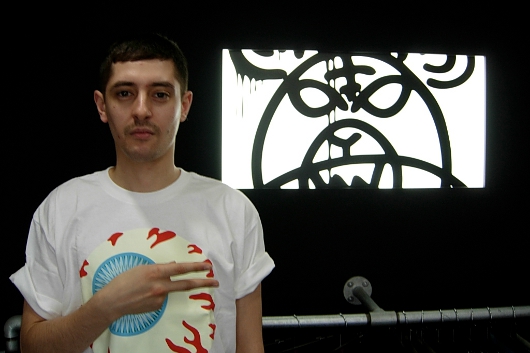 While you couldn’t accuse Night Slugs of slacking in 2011, it’s clear the label was operating a few gears below the explosive speed that characterised their debut year in the game. From the scale of material due over the coming months it would seem the label are going to dominate proceedings much more in 2012.

For a label whose roster is as renowned for their DJing skills as production talent, it makes sense for them to announce a new series of Night Slugs mixtapes described as an “in-house platform that will allow the key DJs in the camp to open up their collections and showcase their individual styles”.

The series launched today with label executive Bok Bok at the helm for a 76 minute mix that crams all manner of exclusive label material alongside music from the likes of Kowton, Levon Vincent, Soundstream, Cooly G and Sir Shake Shakir.