It’s difficult to gauge which label FaltyDL’s music is most suited to; he’s graced Planet Mu with two albums and a sprinkle of EPs, and his productions seem equally at home on zeitgeist obsessives 50Weapons, Amsterdam’s house and techno bastion Rush Hour and evergreen UK beats institution Ninja Tune. The fact is his music – a cluttered, intoxicating blend of garage, house, jungle, hip-hop and afrobeat – is suited to all of the aforementioned imprints, yet the most thrilling FaltyDL 12” to date, for this writer at least, was Mean Streets Pt. 1, released via Swamp81 last year. There are a few reasons for this: it was a vinyl-only affair and limited to 500 pressings. The full picture sleeve offered a glimpse of contemporary Brooklyn life, with visual artist and long term Swamp affiliate Ashes57 on hand to take a classy black and white photo. The music itself was bliss, particularly the ephemeral future soul jam “Moonshine”. 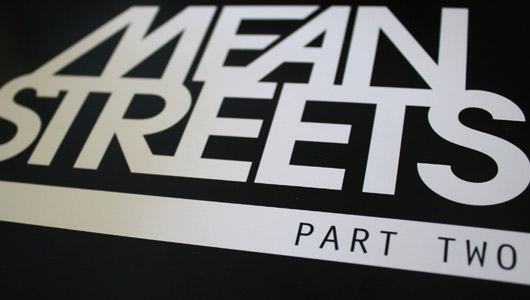 Mean Streets Part 2 arrives with more black and white photography adorning the cover, taken this time in the shadow of the Williamsburg Bridge (note the “swamp” graffiti on one of the buildings too). The rhythmic pulse of the title track sits somewhere between house and UK Funky, and is draped in a clutter of jangling, Moondog-esque chimes, jazz-flecked keys, gentle synth oscillations and bass stabs. The loose, organic feel suggests Mr Lustman spent the winter poking around the afrobeat sections of Brooklyn’s second hand record stores. Stylistically it fits somewhere between Mean Streets Pt. 1 and the mid-tempo cuts on last year’s Atlantis EP for Ninja Tune. As per the norm for a FaltyDL production of this length, the track lurches around one stylistic corner after another, with the vocal elements a neat idiosyncratic touch. 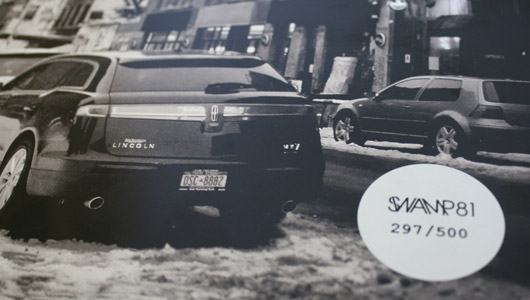 “Wallow”, on the flip, drops the 4/4 in favour of jagged, slashing broken beats, with finger clicks and another indecipherable, wailing vocal snatch accompanied by samples from what sounds like a political speech (Louis Farrakhan was sampled on 2011’s “Jack Your Job”). It’s the “Moonshine” of Mean Streets Part 2; sweet and barely there, it’s the kind of track you’d want to hear in Room 2 of a Swamp81 party at Corsica Studios while the latest Joy O/Boddika banger pulses through the main room. “Laid Back” meanwhile has a languid percussive feel that feels like a love letter to liquid D&B, with a titular vocal refrain and a soulful African tinge to the samples, with child-like chants lending the track some smile-inducing charm.