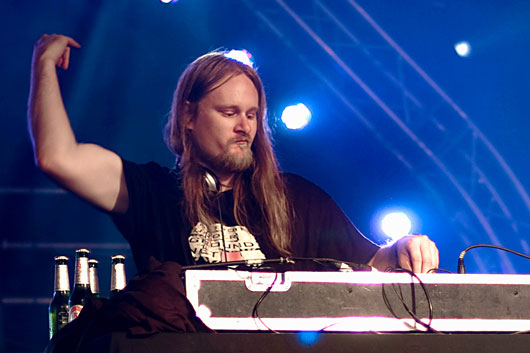 Aaron Funk, the Winnipeg based producer best known for his prolific and at times rhythmically challenging work under the Venetian Snares banner has returned to his rarely used Last Step alias for a new album set for release on Planet Mu in May.

Entitled Sleep, the nine track album is the first Last Step material from Mr Funk since his 2008 album 1961 and according to Planet Mu is formed of tracks the producer “recorded quite literally as he was falling asleep”. Handily the label also have some words on the sounds and feel of Sleep from Aaron himself:

“These tracks are really different for me, really mellow and dreamy, that nice comfortable feeling when you’re falling asleep. Feels pointless to describe it, that feeling, there really shouldn’t be words for that state, so I describe the process a little instead. For awhile, when I was really tired and ready to go to bed instead of going to sleep I would make a tune. Get some stuff going on my sequencers, drum machines, patch up my modular and just jam it. Would fall asleep a lot listening to the sequences, few seconds of sleep or a few minutes, wake up in it. This is what I sound like in my sleep.”

Intriguing a proposition as this all sounds, in essence Sleep sees Funk utilise his collection of vintage analogue synth gear for a selection of tracks that don’t sound far removed from a soporific Legowelt trying to record after necking a job lot of Codeine.

Planet Mu will release Sleep by Last Step across vinyl, digital and CD formats on May 7. 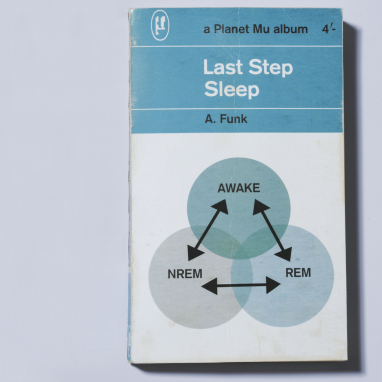