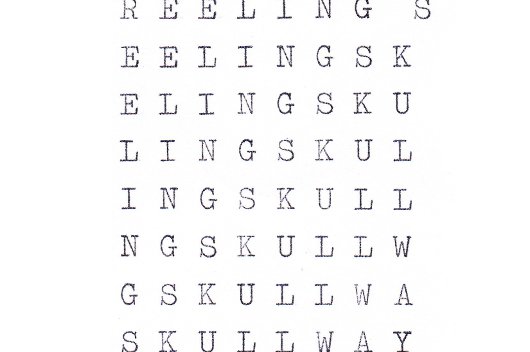 Otherwise known as Ralph Cumbers, the producer has been operating on the fringes of dubstep since 2006, when he released his debut album A Smile Is A Curve That Straightens Most Things. Since then he’s created enough aliases to give Legowelt a run for his money, putting out a wealth of material on his cassette only label Magic + Dreams last year, (including a collaboration with fellow Punch Drunk alumnus Ekoplekz) as well as releasing the sublime “Rollercoasters Of The Heart” on Punch Drunk last year.

Cumbers is also a man with a particular fetishism for analogue production, and the press release describes Reeling Skullways as “an album of rhythms and textures sculpted from the raw, elemental waveforms of modular analogue synthesis”. An initial listen to the album shows this to be just the case, but rather than an excursion into radiophonic experimentation like Ekoplekz’s Intrusive Incidentalz Vol 1 released on Punch Drunk last year, it’s an album that owes as much to early Chicago jack-tracks and recent exponents of raw house such as Omar S.