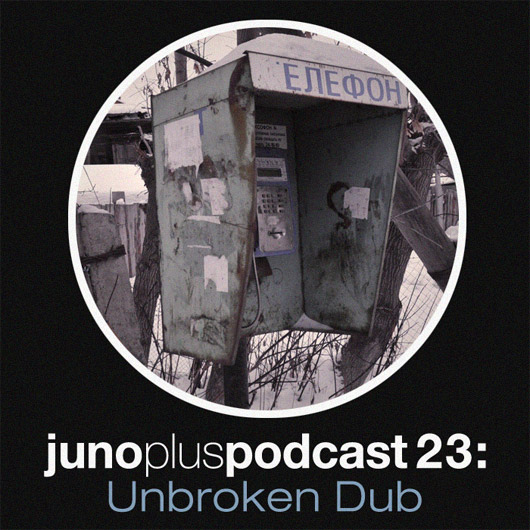 As the degrees drop whilst the winter months close in it would seem only right to turn over the podcast duties to Unbroken Dub.

One of the many interesting strands of electronic music’s growth and development in recent times has been the swelling pool of talent to emerge from the vast expanses of Russia and its neighbouring countries, with established names such as Zap, Kraviz and Vakula being followed lately by a whole new wave of producers. Unbroken Dub is perhaps the artist whose talent has shone through most.

Based in the picturesque climes of Tyumen, Siberia, Unbroken Dub has risen to the fore in the latter months of 2011 with a raft of well received twelve inches on the fledgling Rawax imprint filled with deviations into the frosted space between house and techno. Intrigued by his surroundings, our request for some pictorial evidence of what Tyumen is like was willingly indulged with a raft of illuminating photographs which can be viewed at our Facebook page here.

Digging into his growth as a producer, it transpired Unbroken Dub, or Denis to his friends, was one of the budding Russian musicians invited to this year’s Red Bull Bass Camp in Moscow overseen by Ewan Pearson, Tony Nwachukwu and Martyn Ware of Heaven 17 and The Human League fame. It was, according to Denis, an experience that afforded him new confidence in his production, having first began dabbling in making music some five years ago.

Back then he admits to having no real knowledge of dance music beyond the Prodigy cassette tapes procured from a shop in his hometown Raduzhny, and listening to his parent’s Kraftwerk and Cerrone LPs. When quizzed about how these early productions sounded, he is quite self deprecating: “It’s amusing to remember all of it, but without knowing anything about electronic music, I listened to Marc Romboy, John Tejada, Oliver Koletzki, Dubfire, Gabriel Ananda, Daso etc. Then I began digging, and soon all of those names were gone from my computer.”

This has of course changed now with Denis reeling off an impressive list of current labels that influence the Unbroken Dub sound, stating it’s “not difficult to notice influences of labels like FXHE, Basic Channel, Mathematics, Workshop and Horizontal Ground” whilst revealing his studio tools includes a Zoom RhythmTrak 234, Zoom rfx-1000 and the soviet analogue synthesizer Estradin Solaris, though productions are finished in Ableton.

As for forthcoming material from Unbroken Dub, another Rawax twelve is imminent whilst a first remix commission has arrived with a Basic Soul Unit twelve on Moody Heights featuring two Unbroken Dub tweaks due in the near future. When quizzed about what 2012 holds for Unbroken Dub, Denis is specific about one thing: “I plan update my studio setup, without it I can’t move further.” Musically, he is a bit more ambiguous, quite rightly choosing to bask in what’s been a breakthrough year.

Juno Plus Podcast 23 – Unbroken Dub by Juno Plus on Mixcloud