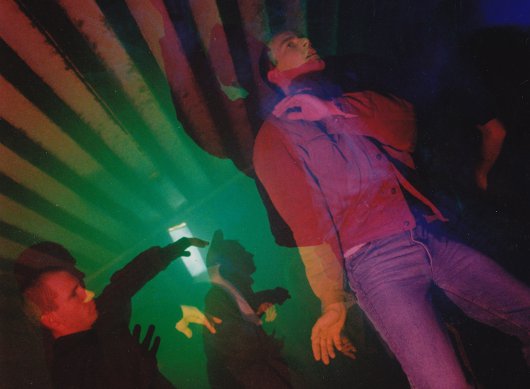 If you were asked to reel off the most revered clubs in electronic music history on one hand, you’d get to Tresor well before you reached the pinkie. The club, originally situated in the vaults of a disused department store occupied around the time of the fall of the Berlin Wall in 1989, helped shaped the sound of contemporary techno. The likes of Jeff Mills, Juan Atkins, Robert Hood and Blake Baxter left their Detroit homes to become part of the musical revolution; many more were to follow. Berlin of course remains a bastion for techno, thanks in no small part to Tresor’s ongoing legacy, and this year the club’s record label celebrates its 20th anniversary. To celebrate they enlisted Detroit’s Mike Huckaby to curate and mix a compilation showcasing some of the label’s finest moments, with some of the aforementioned Motor City luminaries featuring alongside other Tresor stalwarts such as Surgeon, acid legend Bam Bam and Drexciya. To mark the compilation’s release here at Juno Plus we called on two of Tresor’s most influential figures – club founder Dimitri Hegemann and in-house record label chief Carola Stoiber – to select their five favourite Tresor releases, in no particular order, and discuss the stories behind them.

“”Eternal Empire” had the sound that shaped modern minimal techno in many ways. Thanks Robert! In the early years of Tresor, Robert spent a lot of time in Berlin. I remember he liked the Cafe Einstein on the Kurfürstenstrasse. He enjoyed sitting there in the relaxed classic Vienna Kaffeehaus atmosphere, reading a newspaper or a book, writing down new ideas. It seemed to me that he discovered another culture and the Kaffeehaus offered a clear frame of inspiration for authors, and still does. I hope I will meet Robert again one day at the Cafe Einstein for a conversation; I know it will happen. Robert you are welcome next time you are in Berlin.”

2. TV Victor – Invites You To A Trance Garden

“This production was made in a few sessions with mastermind Moritz von Oswald. TV Victor could be the new Pink Floyd – I just wish more promoters would book him! He is one of the great dark ambient artists.”

“This was our first release on Tresor Records and it became the first smash hit in all techno-clubs when the Berlin techno movement started in 1991. “Sonic Destroyer” helped the label to enter the international market. I still remember the night when I got a white cassette with this track on it; from the first moment I listened to the song I knew this was my hymn for the reunion of East and West Berlin. I met Daniel Miller (founder of Mute Records) at E-Werk a few days later and I gave him a copy of this track. He phoned me the next day and asked me to hold off putting the record out, so we could do an international release – USA, UK, Japan and the rest of the world. I agreed, but I had to wait another four months. In the end this 12″ made Tresor popular worldwide. This track is 20 years old and still you don’t hear many artists making music this fresh, this wild.”

“An excellent mix that demonstrated a lot of deep Basic Channel music which gave Berlin-made techno a serious acceptance across the globe. I remember when Basic Channel – which only lasted around 18 months – played a special show at Tresor with Jeff Mills. It was a kind of improvised session, unannounced and unforgettable. You can tell they are still a huge influence on producers today.”

“This was the last track that I played in the old Tresor at Leipziger Platz.  It really is a wonderful ballad by Juan. He gave me the track on a tape, and I played it twice that night. We will release this track again, for sure. Juan is and will always be the most extreme of all the artists I have met during the past three decades. His spirit and sound matured and grew in complexity and has deeply influenced me. Hey Juan, you are wonderful!” 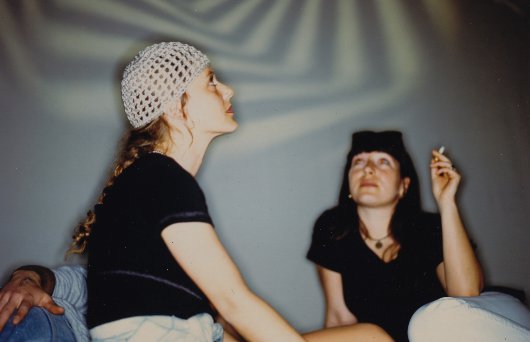 “Album of the century. The first real techno concept album I know – the subject was Saturn – with futuristic and unique sounds created for the rings via the cover artwork to the exceptional special vinyl cut with never ending locked loops. This was re-released in 2008 (Rediscovers The Rings Of Saturn) – Jeff Mills and Mike Banks worked on their Saturn mission again and updated it with new and unreleased tracks.”

“The originator of the UK techno ‘nu school’ in the 90s, Cristian Vogel and his Supercollider co-musician Jamie Lidell met on Tresor for this 12″. Jamie’s fast-cut-vocals working off the rattling beats in his remix drove all dancefloors crazy. One track – two unique producers – actually, no, three; with Si Begg’s remix you have package that belongs in every DJ’s case.”

“Drexciyans are water breathing, aquatically mutated descendants, webbed mutants of the Black Atlantic, amphibians adapted for the ocean’s abyssal plains, the alien abduction of slavery. Detroit’s Drexciya dedicated this project especially to create the electronic soundtrack to this (fictional?) world of underwater warriors. There are some all time classics on this album. Deep, hypnotising, influencing. Abdul Haq painted the picture which became the cover art for this release.”

“Joey Beltram only releases when he is 150 per cent satisfied with his work. Sometimes that can take a while, especially with albums. But he was the only one who was able top his own hit “Energy Flash”. He did it with “Places” and contributed an album to techno history that lead into new directions in the 90s. Straight forward, tight, to the point.”

“A milestone in techno history. After Waveform Transmission Vol. 1, Jeff Mills recorded the future again. Tracks like “The Extremist”, “Solid Sleep”, “Life Cycle” or “Condor To Mallorca” are a logical synthesis of his  early 90s sound –  uncompromising and unique – but you can find warmth in some tracks: flickering lights of his musical roots and a sign of the variety of music he has composed and produced since then.”

Tresor Records 20th Anniversary: Mixed By Mike Huckaby is out now on CD and download.