A musical insight into the World Unknown 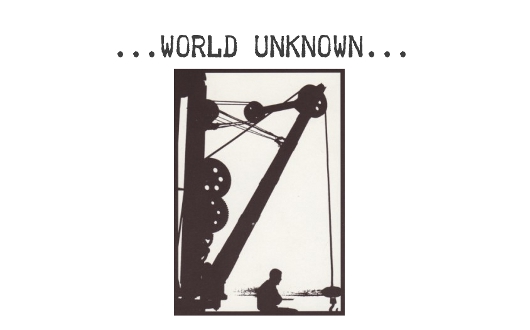 World Unknown’s rise has been well documented here at Juno Plus, with the club night recently celebrating two years of darkened dancing in a Brixton railway arch, eschewing the guest DJ route in favour of the depth of musical knowledge held by residents Andy Blake and Joe Hart. The more recent decision to launch an affiliated label of the same name has reaped rich rewards to date, with all three volumes proving to be popular amongst a vinyl buying audience hungry for more.

Despite showing support for the World Unknown endeavours to date, events have conspired to ensure the Juno Plus team are never available when the monthly party comes around. Intrigue has finally got the better of us and we’ll be attending the next party this weekend (more details on that here), so we decided to request an advance glance at what to expect from Andy and Joe at any given World Unknown night.

Anyone with a cursory knowledge of Mr Blake will know his humour and straight-talking combined with an encyclopedic knowledge of electronic music guarantees him hero status. Across the following ten selections that will be more than evident to the rest of you.

“Felix Dickinson, who runs Cynic, is a good mate of ours and turned up at the 2nd birthday party bearing gifts in the form of this 12″ which I’d not heard yet. A quick listen in the headphones and then it was straight on the turntable and thumping out of the speakers within minutes. This weird yet euphoric update of acid house is right up the World Unknown alley, a proper trip of a record that’ll take you right out of yourself given half a chance. The world needs lots more records like this. Best get yourself back in the studio then Jamie.”

“Pierre reckons he had a meeting with the label, told them about this idea he’d had for a record and walked out with a cheque for £4,000 before even a one bar loop had been written. I do hope there’s at least a glimmer of truth in that tale but either way this is prime World Unknown jacking filth. I remember being given a promo copy of this, first hearing it round my mate’s flat in Shepherds Bush stoned out of my mind in the afternoon and it blowing my head clean off. 20 years later and it does the same to a room full of people on a regular basis. A great record for playing the old ‘bass out, waaaait for it, bass back in’ game with. Done properly with this one it’ll make grown men scream like little girls and little girls cheer like grown men, or something.”

“Theme For Great Cities is most people’s first, and often last, port of call as far as Simple Minds’ floor friendly output output is concerned, but there are a few other biggies in their songbook and this is probably my favourite. A brilliant heavyweight pop song for the dancefloor that manages to be macho, mysterious, bombastic, eerie and funky as hell all at once. Played in the right club at the right time it sounds absolutely stunning and causes all sorts of madness. If you find yourself moved to dismiss it after a cursory listen on laptop speakers then do yourself a massive favour and check out a decent copy on big speakers. If it still doesn’t get you then you should probably see a doctor pretty sharpish because something important inside you is dead.” 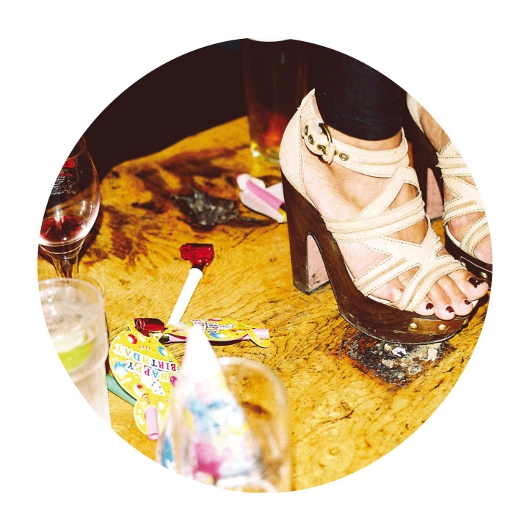 “An EP of growly, grumbly and grimey house tracks made in South-East London that’s brand spanking new but has shades of dank, dark early 90’s warehouses about it. Perfect for World Unknown then. The whole thing is class from run-in to run-out but it’s “Wizard of Hop” and “Temper Temper” that will be getting the seriously heavy rotation in Brixton for the foreseeable.”

“Definitely a contender for the ultimate World Unknown anthem, as it has been at many clubs since its release. I first got my hands on this uber-jacked EBM beast back in the 80s and it’s remained a firm favourite of mine ever since. As with a fair few records at World Unknown this one gets the full two copy treatment; instrumental first then into the vocal for maximum dancefloor pandemonium. And the video is absolutely excellent in a so wrong it’s right kind of way. An all round winner then.”

“Their debut LP is finally due in January. As one of the people lucky enough to get their paws on the test pressings I’ve been playing three or four tracks in a row as part of the grinding it up toward a full dancefloor part of the evening at WU. The whole LP is pretty special but The Smackdown, Beat N Other Path and Good Egg, Bad Apple pretty much nail what goes on early doors in the arch. There’s a dubs 12″ too with a track that really does the business just the other side of peaktime, fucked if I can remember what it’s called though. I guess that’s what Discogs is for.”

“Another one that gets the doubles treatment at WU, the kind of heavy house groove we play a lot of during the peak hours. This time it’s two dubs and then the vocal, a full 15-20 minutes way down in the hole. Murk made some of the best house records ever and this is right up there with their finest moments. That raw, gritty, grainy sound of their early releases has never really been bettered and the eerie detuned backwards effect on the otherwise fairly ‘uplifting’ vocals tips this one over the edge into the twilight zone.” 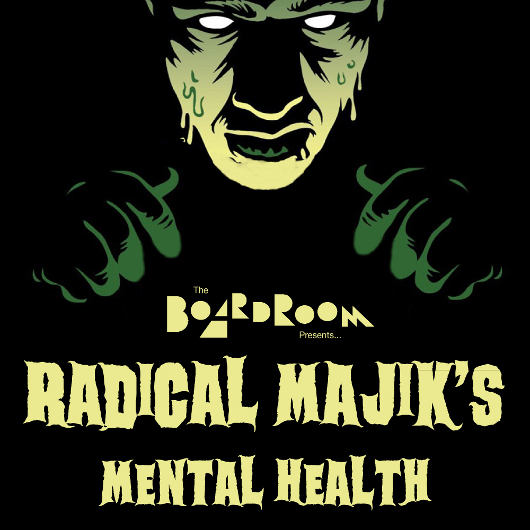 “We had these two rapscallions play live at World Unknown back in the days that we did that kind of thing and they proper nailed it. “What Next?” is my favourite track off their new EP – it has WU written all over it and will be getting plenty of action there for many months to come. I nearly fell into the trap of writing some vaguely alliterative description of what it sounds like just then but what’s the point these days? Just press play and listen for yourself. ‘Streaming audio has killed the written record review’ – discuss and explain in 300 words or less.”

“Pounding psychedelic tackle on the World Unknown label that’s finding all kinds of high friends in all kinds of high places. It’s only 105 bpm but has energy by the bucketload. First time people hear this they really lose their shit, then, once they’ve heard it a couple of times, just the boom-crack of the kickdrum and snare raises excitement to near fever pitch in seconds. Then that throbbing bass starts rolling and it’s all over bar the shouting. We’ve been fortunate enough to get our mitts on some very special tunes for the label but I’m especially pleased that we’ve put this one out. It’s a bloody great step in the right direction for all those people who like proper dance music that makes you dance rather than nice polite ‘deep’ ‘house’ records to take phone photos to.”

“This guy is brilliant. His live set and studio working method consists of him playing a cheapo Casio keyboard, catching loops of what he’s playing in an effects pedal and layering up into dense, foggy, throbbing grooves that sound so much more than the sum of their parts that it’s hard to believe that a keyboard and a couple of pedals are all he’s using. This track off his album is exactly the kind of stuff I like to play early at WU. A long, rolling dub-infused groove that just keeps on going until you surrender to it. Very much the kind of record that can go on when the dancefloor is all but empty and have it full and bubbling by the time it’s run its 13 minute course.”