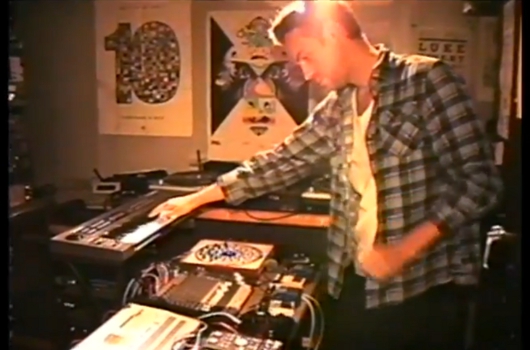 Tim Sweeney invited L.I.E.S. alumni Steve Summers into the Beats In Space studio last week, and the prolific producer elected to mark his debut with a live performance of his tracks beamed across the WNYU airwaves.

Naturally it’s quite a mesmerising performance, featuring all manner of analogue machinery and vocal manipulation from the producer, and the podcast is worth downloading to hear Mr Sweeney rightly struggle to comprehend all the different aliases and projects Summers currently has on the go.

Also in the studio was Summers’ regular collaborator, the visual artist Aurora Halal who recorded the entire set with her usual hazy, fuzzed out nonchalance. The results can now be viewed via four consequential Youtube videos, part one is below with links for the subsequent videos following. Enjoy!