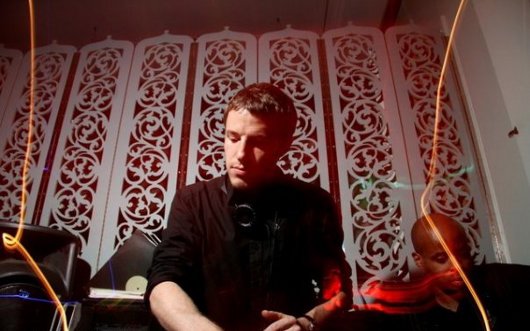 Edinburgh based producer Linkwood will release a new EP on the Firecracker-affiliated Shevchenko imprint, it has been announced.

Along with Fudge Fingas and House of Traps, Linkwood is part of the close knit Firecracker Recordings family; he also has strong ties with the Manchester based Prime Numbers, who released his From The Vaults 12″ earlier this year.

This release sees him return with some fresh productions and a release on Shevchenko, a label believed to have strong ties to Firecracker. The previous three releases on the imprint have all come from the Ukranian deity Vakula, so Linkwood’s appearance on the label has peaked our intrigue further.

On first listen the tracks are exactly the kind of heady, hypnotic house we’ve come to expect from the talented Scotsman. “Between Me & You” is a trippy piece of Chicago leaning house, complete with elastic synth warbles designed to cause maximum confusion, whilst “Ignorance Is Bliss (Live Mix)” is a looping organ jam, and from its description, seemingly recorded in one take.  “Secret Value” is  a particular stand-out, characterised by cinematic strings and brushed percussive textures.

Preview clips of all three tracks can be heard in the Soundcloud players below. No exact release date has been made available, but the EP should be out sometime this Autumn.