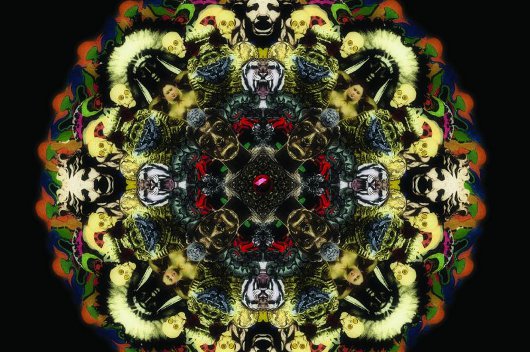 International Feel have just announced details of their next release from newcomers Mind Fair, backed with heavyweight remixes from Legowelt and Theo Parrish.

Entitled Kerry’s Scene, the EP and its choice of remixers sees the label continue to confound expectations following the appearance of Japanese techno artist Gonno with remix from Swedish duo Skudge on the label last month.

Mind Fair is formed of ex-Chicken Lips member Dean Meredith and Ben Shenton, (who reportedly has an album entitled Electric Church coming on Prins Thomas’ Internasjonal label), and is a psychedelic folk-rock project formed in the back room of a pub in Stafford where the duo first met.

The pair’s original material sounds more like what you would expect from the imprint, with “Kerry’s Scene” being a supposedly Armenian influenced disco number, complete with harmonica, druggy Balearic vibe and, according to press notes, ” a trippy psychedelic edge to divebomb you straight into a Hunter S. Thompson novel via Timothy Leary’s chemical lab”.

Of course the exciting news for many Juno Plus readers will be the inclusion of remixes from Dutch analogue fetishist Legowelt, and the one and only Theo Parrish. From the small audio samples available, the remixes are of the quality you would expect, with Legowelt offering an atmospheric, piano-led take on the original, while Parrish changes it beyond recognition, unravelling the guitars across a rough, jazzy bassline and freeform percussion. Another original production from Mind Fair, entitled “Mind Fair”, rounds off the release.

Kerry’s Scene will be released on November 21 through International Feel.