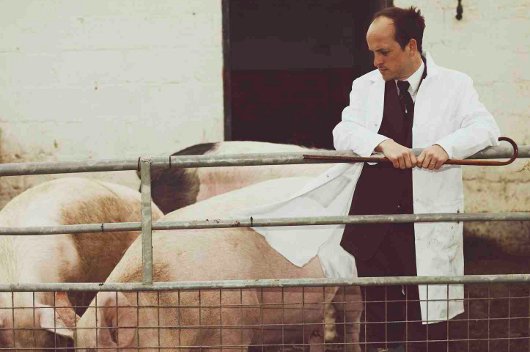 Micachu will provide an EP of remixes to accompany Matthew Herbert‘s forthcoming One Pig album, it has been announced.

As reported previously, One Pig is an album recorded entirely from the noises made by a pig Herbert followed through birth, life, butchery and consumption. As an accompaniment to this intriguing project, long standing Herbert collaborator Micachu – who is also credited on the original album track “December” – will be providing a 5 track remix EP.

The results of one of these reworkings, Micachu’s remix of  “December” is available to stream from here, and the result is something that sounds like surprisingly driving basement techno with a particularly gruesome edge.

One Pig – The Micachu Remix EP will be released through Accidental Records in late November, with Herbert’s album One Pig due out on October 17.