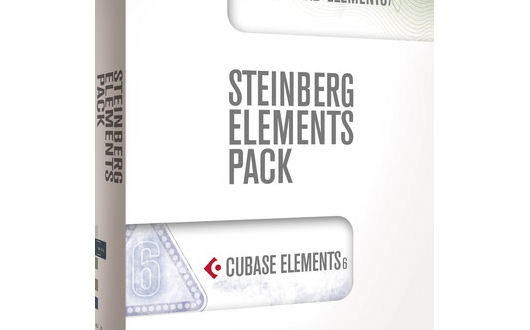 Steinberg have announced shipping of the new Elements bundle pack, which consists of Cubase Elements 6 and Wavelab Elements 7 – described by the manufacturers as “light heavyweights”.

The package offers a foothold into the world of Steinberg, offering many features usually only found on pro-spec DAWs at a price that’ll be more than attractive to aspiring producers (£125).

Cubase Elements 7 is based around the original features of their flagship sequencer, offering a 32-bit floating-point audio engine with flexible routing and fully automatic delay compensation, plus support for up to 64 MIDI and 48 audio tracks simultaneously 24-bit/96 kHz quality. Content-wise it features 33 audio effects with Groove Agent ONE for beats as well as the Prologue synthesizer and HALion Sonic SE, amassing more than 550 instrument presets. Other features include real-time pitch shifting and time stretching, as well as score editing.

The Wavelab side of the package is designed to take your finished productions to the next level by means of VST 3 mastering plug-ins including StudioEQ, VST Dynamics, Compressor and Gate, plus there’s the restoration suite by Sonnox, consisting of DeNoiser, DeBuzzer and DeClicker. There’s also high end audio analyzing/metering with a new burning engine.

Keep an eye on Juno for the arrival of Elements Pack.