Aardvarck is loopin’ for the perfect beat 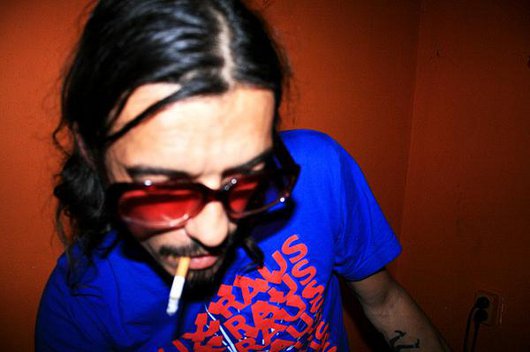 Dutch producer Aardvarck today threw down the gauntlet to trainspotters, offering up some prizes for the first person to compile a tracklist for a 38 minute mixtape consisting of loops lifted from classic funk, hip-hop, electro and more.

Promoted by the Dutch label Eat Concrete that is releasing Aardvarck’s new album, the Loopin For The Perfect Beat mix opens with the classic Afrika Bambaataa track of the (almost) identical name, before lurching into a finely chopped, frenetic melange that even puts the Bang Gang “82 tracks in five minutes” mini mix for Annie Mac to shame.

There are some classics from the hip-hop canon, with the likes of Wu-Tang Clan, Gangstarr, A Tribe Called Quest,The Pharcyde and Jeru The Damaja all present in just the first five minutes! The remaining 30-odd minutes deviates through most forms of beat laden music, ending on some raucous dubstep tearouts. The actual prospect of knocking up a complete tracklist is far too daunting for us  – listen for yourself via the Soundcloud player below.

Those who feel they possess the musical knowledge and have the time to indulge will be rewarded for their endeavours by Eat Concrete with the first submission of a full tracklist winning a plump selection of Aardvarck and Eat Concrete related booty.

Aardvarck will release his third full length album for Eat Concrete Records, entitled Anti Concept, at the end of September.