Weatherall, Beedle and Norris to DJ at benefit gig 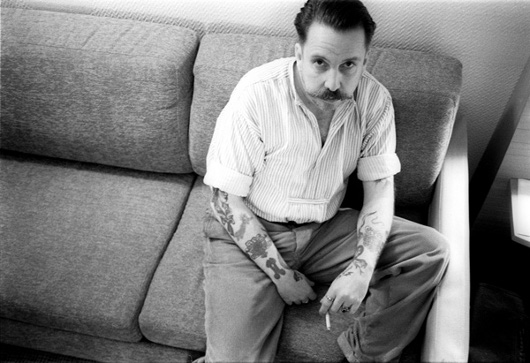 Beyond The Wizards Sleeve producer Richard Norris has organised a benefit show to raise funds for labels affected by the recent Sony DADC/PIAS warehouse blaze, with an impressive cast of London DJing cognoscenti offering their services.

Norris himself will take to the decks, and will be joined by the likes of Ashley Beedle, Ross Allen, Justin Robertson, Pete Herbert, and Andrew Weatherall (pictured above), who will play a rockabilly set.

The Sony DADC warehouse in Enfield was destroyed by a fire last month, with many independent record labels, including Ninja Tune, Border Community and Warp, losing their entire physical back catalogue. The fundraising event will take place at Favela London on Great Eastern St, Shoreditch, on Wednesday, October 5.

“Everyone on the bill has been affected by this one way or another”, Richard is quoted as saying. “This is a chance to put a little back into the independent music community that we are all part of. And also to have a cracking night.”

The DJs, PR, promoters, designers and venue have donated their services for free – all door money will go directly to the AIM fund established to help the labels affected by the fire. Full details below.

Tickets in advance from TicketWeb http://tinyurl.com/3vjyv3j