Death In Vegas to preview new LP at Fabric 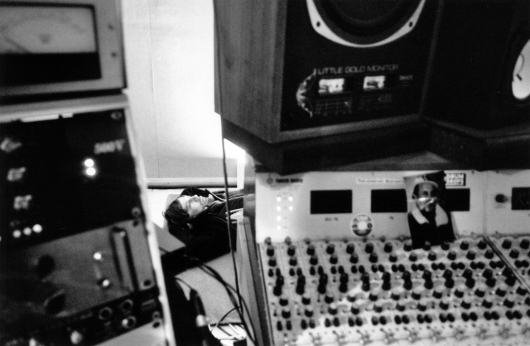 Ahead of the release of their fifth album, Death In Vegas will take over the cavernous surrounds of Fabric’s main room later this month for a one-off midweek live show.

It’s been some seven years since Satan’s Circus, the last album from Richard Fearless and co, and in that time the producer has taken a break from overseeing the project, upped sticks to New York, indulged his rockier side with the (somewhat forgettable) rock band Black Acid before returning to London to take up the DIV reins once again.

The resultant album Trans-Love Energies is a slow burning delight that was recorded in Shoreditch but mixed down in Michigan, and marks a return to Fearless’ roots in techno to some degree. Employing all manner of vintage analogue gear, the ten track set encompasses stripped back slo mo acid, heavily psychedelic dirge rock, atmospheric drone and EBM clatter. Fearless himself takes up vocal duties for the most part, though Austra singer Katie Stelmanis also guests on a few tracks, most notably on one of the album’s highlights “Your Loft, My Acid”.

The one off live show at Fabric is set to take place on the week preceding the album’s release, and the band will also be undertaking a nationwide tour later in the year. Attendees at the Farringdon nightspot will be treated to a mixture of tracks from the new set along with a selection of classics which which stretch all the way back to the death throes of big beat. The night will also feature DJ sets from Fearless himself alongside the legend that is Sir Andrew Weatherall and rising producer and DJ Stopmakingme.

The event takes place at Fabric on Thursday September 22, whilst Drone Records will be releasing Trans-Love Energies by Death In Vegas on both CD and LP format on Monday, September 26.