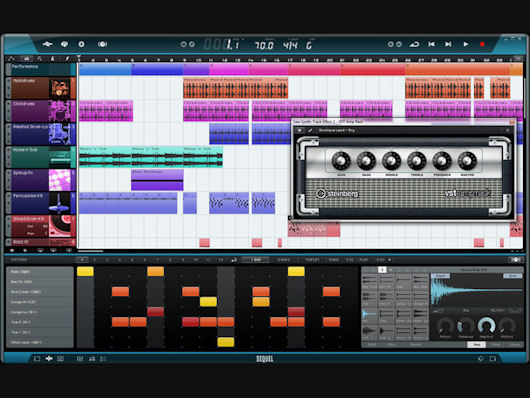 Steinberg have announced a major upgrade to their Sequal system, which will finally host VST support, and includes the HALion Sonic SE workstation and VST Amp Rack SE.

Steinberg Sequal 3 is an ideal tool for anyone new to music production – or indeed requiring a simple, no fuss interface. Aimed as an entry into the world of Cubase, it incorporates a fully functional audio and MIDI sequencer, with Performance Mode featuring 24 live performance pads plus Beat Page – where you’ll find Groove Agent One – a drum sampler with more than 60 drum kits, and the step sequencing Beat Designer tool.

Keep an eye on Juno for Sequal 3’s imminent arrival – it will be priced at £67.