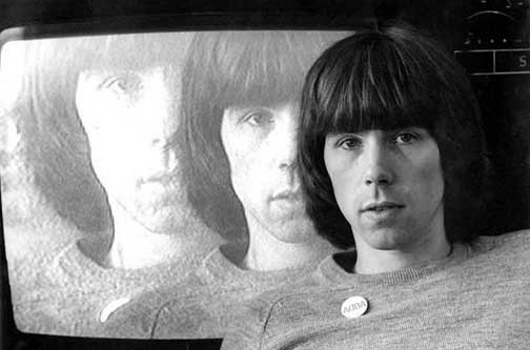 The next release on Optimo Music sees JD Twitch & co once again dig into the voluminous archives of Chris Carter to reissue and remaster “Moonlight”  – one of their favourite tracks from the producer on a 12″ that also features reinterpretations from two contemporary Stateside acts.

Described as a god on the Optimo website, Carter’s work as part of both Throbbing Gristle and Chris & Cosey has featured prominently on many a Optimo mix over the years, of both the officially released and podcast friendly variety. “Moonlight” originally featured on the 1984 Mondo Beat album and also slipped into the Optimo Electrobeat Mix way back in 2006. It is the second Chris Carter reissue from the Optimo imprint, following the remastered edition of The Spaces Between Us that was released last autumn.

Alongside a remastered version of the original, Optimo Music called on the talents of Oneohtrix Point Never and Neurotic Drum Band to reinterpret “Moonlight” with their own sonic palette. The term reinterpretation is used specifically as there were no parts to work with so both OPN and NDB had to start from scratch. Whilst the remix from Mexican Summer pinup OPN is yet to be heard but described as brooding, you can sample the delights of the reinterpretation from Wurst stalwarts Neurotic Drum Band below.