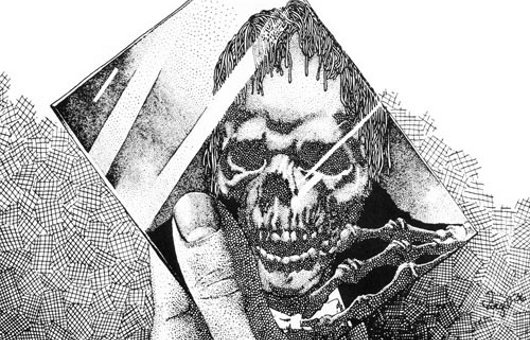 US synth auteur Daniel Lopatin has announced details of his next album under the Oneohtrix Point Never moniker, set for release in November.

Entitled Replica, the album is set for release through Mexican Summer, and is reportedly “an electronic song cycle based around lo-fi audio procured from television advertisement compilations”, suggesting a move away from the solely synthetic nature of his previous work towards a more complex and fuzzy collage style of contemporaries such as James Ferraro.

His trusty Roland Juno-60 will apparently still feature, though the album is set to be a much darker, propulsive affair (suggested by the rather macabre cover art above), with his signature style fleshed out with the use of samplers, analogue filtering, tape manipulation, acoustic piano, plate reverb and sub-frequencies. In Lopatin’s own words, “Replica has as much to do with environmental, broadcasted, and club sounds as it does with more direct musical influences.”

Replica comes hot on the heels of Channel Pressure, his 80s pop leaning collaborative effort as part of Ford & Lopatin, and 2010’s incredible Returnal. Oneohtrix Point Never will also play London’s Rhythm Factory on September 17, where material from the album will no doubt be previewed.

Replica will be released on November 7 through Mexican Summer.