Win: Tickets to SOCIETY with Jackmaster 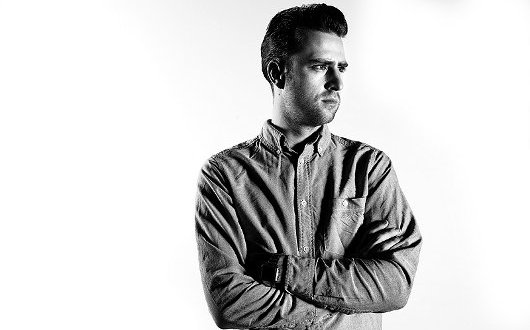 Juno Plus have a pair of tickets to give away to the upcoming  SOCIETY and Raindance Jenkins Lane warehouse party, featuring a DJ set from Numbers boss Jackmaster.

Jackmaster, whose recent entry into the Fabriclive mix series impressed with its exhilarating selection taking in Detroit techno, UK garage, acid and everything in between everything, will be playing a set of early hardcore and acid house alongside fellow Numbers compatriot Slackk.

The SOCIETY crew have been making a name for themselves by recreating the kind of parties that characterised the classic era of acid house. This party is set to be their biggest yet, as they join forces with Raindance Jenkins Lane, the UK’s first ever legal all night rave party, to offer four rooms of bleeps, bass and hardcore sounds from 1986 – 1993. In this tradition, the night will also feature a number of legends from the era including Trevor Fung and jungle pioneers Top Buzz.

To be in with a chance of winning tickets, simply email competitions@juno.co.uk and answer this simple question: what is one early hardcore or acid track you simply must hear at this party? Post a YouTube link below – we’ll pick our favourite entry and notify the winner via email.

Full details, including the location when it is announced, can be found here. 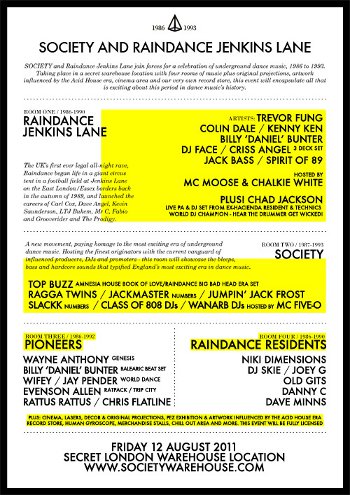