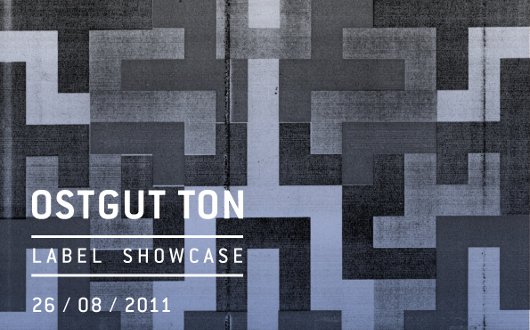 Juno Plus have teamed up with Warm and Electric Minds to offer a pair of tickets to the forthcoming Ostgut Ton label showcase at London’s Cable on Friday, August 26.

Following their huge Easter party in Shoreditch a few months back featuring Ben Klock, Fiedel, Prosumer and Nick Höppner, London’s premier promoters are taking the cream of Berlin’s Berghain and Panorama Bar south of the river for their second Ostgut Ton label showcase of 2011. Marcel Dettmann and Marcel Fengler will be repping Berghain in Room One, with Panorama Bar resident Steffi in Room Two, who will also be joined by Berlin-based producer Efdemin, whose album Chicago, released last year on Dial went down very well with Juno Plus.

Ostgut Ton is inextricably linked to Berghain and the Panorama Bar, and with Dettmann and Fengler having been Berghain residents since day one, the party offers an exciting and rare opportunity to see these artists outside of their natural habitats. The event comes just ahead of the release of Marcel Fengler’s Berghain 05 mix, and follows Steffi’s debut album Yours & Mine which was released in February. They will be joined by a special guest who will be announced shortly before the event.

To be in with a chance of winning tickets, simply answer the following question: From where does Berghain get its name? Email us at competitons@juno.co.uk with your answer. We’ll pick a winner at random and notify them via email. The competition closes at midday on Wednesday, August 17.