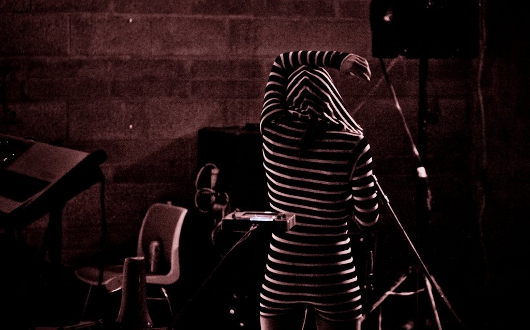 The Hunt, the quite enthralling debut release from Gretta Gunn, was notable for many things; the music was rich in variety despite being only three tracks deep, switching between gilt edged pop and noisy, defiant, industrial sounds and noirish squelch. Just as impressive was the presentation, with artwork that portrayed Gunn as an enigmatic superhero from cinema’s past surrounded by the some equally vintage typography. It arrived seemingly out of nowhere, released by Alphabet Set – a boutique Irish label known mostly for its bass leaning deviations.

Perhaps the most striking aspect was the complete lack of information regarding Ms Gunn, matched by a generally myopic response to what has become one of this year’s most enduring releases for us. In the time since The Hunt was released back in April, it seems this cloak of mystery and intrigue has remained around Gunn. With news filtering through of another release on the horizon, we deemed it the perfect moment to track her down and attempt to tease some further details about her murky past and her future plans, an endeavour that was met with some suitably interesting responses.

So Gretta, there’s a noticeable dearth of information out there – is this an intentional move to create an air mystique, or just people being a bit slow on the uptake?

Mysticism is part of the Emerald Isle called Ireland, plus being surrounded by leprechauns and banshees there is a bit of a mountain that stops things getting out of the land. People do not catch on here until you’re from New York or have an acoustic guitar slung around your neck. So I guess ‘slow’ is the kind way to put it…

Some certified digging around the darker corners of the web uncovers a history in bands from the Kilkenny area. What was the impetus behind adopting the Gretta Gunn moniker?

What kind of influences do you feed off for the music? Despite there being only three tracks on the debut EP there is a rich variety of sounds at play.

And there are going to be a few further EPs ahead of the album getting released, right?

I really wanted to do an album in four parts instead of just one shiny one. I love vinyl, so what better way to get lots. The plan is to release a box set at the end of all four and add something else, with a secret weapon attached. That’s if I win the lottery… or get signed by Warp Records. 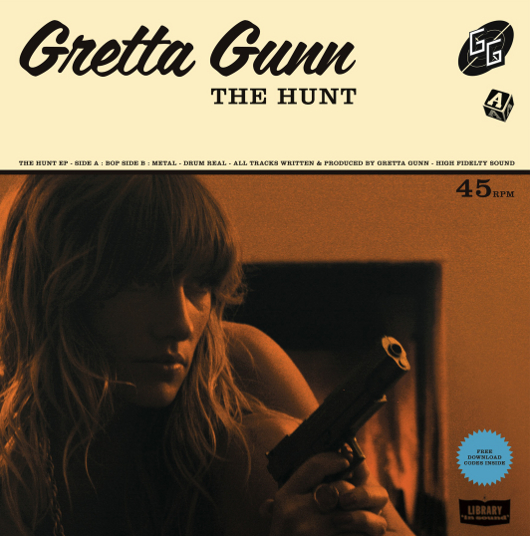 Equally eye catching is the concept behind the design, which we gather you were fully involved in – how is this going to develop in the subsequent Gretta Gunn releases?

I want to keep the same formula but change the photo and colour with every new one. I buy records based on looks. I like the idea of an old man picking up my record and thinking it’s some old jazz or soul record, bringing it home and having a heart attack. Or even better, liking it…

How did the hook up with Alphabet Set come about? They have previously released quite dubsteppy material. Did they approach you, or vice versa?

T Woc and Cignol, of Alphabet Set, are good buddies of mine. Paul, aka Cignol, helps me out with all my mixing and plays the live shows with me. Alphabet Set have a good name in the city scene and have a variety of really good people who have put stuff out with them. I thought it would be a good step to be attached to them for the birthing process. The next EP is happening with a Norwegian label, if all goes to plan. I would love to do each one with a new gang to avoid being owned. I think its a good way to try get beyond my home land. I hope so anyway…

“I like the idea of an old man picking up my record and thinking it’s some old jazz or soul record, bringing it home and having a heart attack. Or even better, liking it…”

We notice that you’ve been invited to play around Europe in recent times, do you have any memorable stories you could divulge?

Oh, the memories! Barcelona – 30 confused drunks. I’m itching to play shows. I have some gigs coming up in Norway and Sweden. But I’m always open to invites…

Where do you see the Gretta Gunn story going beyond the boxset album?

The story only continues if the people pick the book up and read it. All you can hope for is an alluring introduction and a dramatic end.