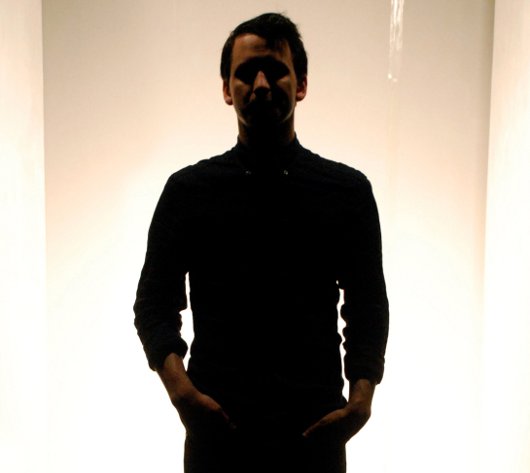 Hailing from Montreal, Jacques Greene is a name already well known to those of you who follow the neon-tinged end of the underground music spectrum, with releases on Glasgow’s LuckyMe and London’s Night Slugs in 2010. Breaking through with The Look EP – which earned him fans from the UK’s go-to men and women on the tastemaking front – Greene showcased a unique style that was rooted in house – with deep Chicago hooks and acid synths – but also incorporated a garage swing and undisguised love for R&B. “(Baby I Don’t Know) What You Want” meanwhile was one of the standout tracks on the Night Slugs All-Stars Vol.1 compilation, capping a fine year for artist and label alike. The fact he’s been chosen to remix Radiohead’s “Lotus Flower” as part of a series that also sees Caribou and – probably – Flying Lotus retweaking the UK band’s new album highlights the esteem in which he is currently held. Juno Plus writer Helen Luu caught up with him before his live set at the recent MUTEK festival in Montreal to talk about his hometown, R&B and his new live show.

Your music is very diverse. It doesn’t really seem to fit into any one specific style. You seem to cross genres – how would you describe your own music?

Montreal, from an outside perspective, seems like a very techno city. Where do you fit in here? Is there a scene for you?

I don’t know if I really fit in or if any of my friends really totally fit in. We kind of have our own niche. Montreal has been a very techno city in the past, especially ten years ago with the whole Laika scene with Pheek and Akufen and that whole thing. I mean, I think the real interesting thing about Montreal is how diverse the music is nowadays, because you have everything from, say, Wolf Parade to… you know, there’s a strong noise music scene here, or whatever I do, or what Lunice or Ango does. Poirier is now pushing soca in the city. So I guess I fit in by just doing my own thing, because a lot of are people are just doing their own thing here.

In terms of what you’re doing, do you find that Montreal creeps in at all?

I’d like to think so. I think growing up on Godspeed You! Black Emperor in the city and stuff like that has definitely affected a certain sense of aesthetic. I used to rent studio space with Wolf Parade so they’d be rehearsing in the next room and I’d borrow equipment off of them. I couldn’t put my finger on it if you asked me, but I think there is something quintessentially Montreal about what I’ve done.

“R&B is always about being madly in love or madly heartbroken. There’s no in between. I like that it’s not scared”

It’s interesting because you mentioned some indie bands. How would you say that their aesthetic fits in with what you’re doing electronically?

Not quite this DIY thing, but I think that indie rock from Montreal was perhaps the only indie rock in the last eight years that I didn’t find absolutely cringeworthy. Like, this kind of post-punk rock mentality as opposed to just guys dressed in plaid singing songs. I think there was something a little more raw, a little more cynical from the Montreal indie rock scene, which I really appreciate. I mean, a lot of bands from here I like, and I like as people or whatever. It’s a healthy world, a healthy city. 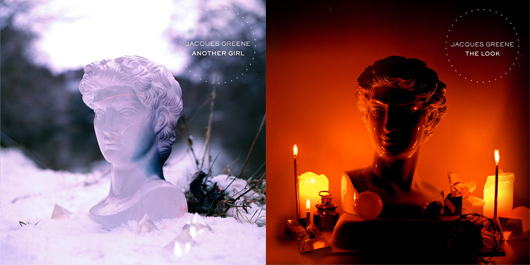 I’ve heard that R&B figures in a big way for you which is interesting. Can you tell us a little bit about your fascination with R&B and how you bring that out in your music?

R&B sets the best mood in the club. It sets the best mood when you’re listening to it around the house. There’s something about it. There’s the duality – R&B is always about being madly in love or madly heartbroken. There’s no in between. I like that it’s not scared. It doesn’t tiptoe around emotions, it just goes all in, whatever it’s trying to do, which I really appreciate. There’s never an okay chorus in an R&B song. It’s got soaring melodies, it’s got good chord structure. I don’t want to say I’ve achieved that, but it’s something I try to do in the sense that I try to get that kind of spirit of a strong melody, a kind of hook. Not so much so in the song writing because I don’t write lyrics or anything like that, but a solid strong structure and a solid melodic structure… but also that feeling you get when you hear Mariah Carey or Beyonce wail. There’s something that gets you – it’s kind of undeniable. Everyone has at least a few songs where they’re like, “yeah, yeah, I don’t like R&B but that one track really speaks to me.” You know what I mean? It’s universal in a way.

So what’s a current R&B track that’s speaking to you right now?

“1+1”, the track off the new Beyonce album, written by Terius Nash, aka The-Dream. That’s a very good song. What else… tough question. “Sure Thing” by Miguel that came out this year is a great track. Miguel is this guy who’s on a major label but not doing that well, but this one single off his album was excellent.

“I’m really interested in the world of fashion. I mean, I would love to score a Prada runway.”

In terms of your live show, what can we expect?

This is the world premiere of this live show that I’m doing. Myself and Andrew Gordon (Ango) – we’ve brought out pretty much my entire studio on stage and we’ll be performing exclusively my tracks, I guess. There’s no laptop. It’s mostly analogue, a lot of old gear, some new stuff. It’s a pretty elaborate  stage production we’ve been rehearing for the better part of the last two months. We’re really excited to do it for the first time tonight and have it be in our home city.

It’s something that you’ve rehearsed so it’s not going to be an on-the-fly live type of thing?

There’s an element to it that is definitely improvised. We leave it up to chance or we have these sections where we go, “for the next 64 bars or something, you do that…” you know what I mean? We make a few calls on the fly, but we have been practising the ways those things can go for quite a long time.

I read in an interview that you did not too long ago that you’d love to score fashion shows. So I was wondering about that and what kind of fascinates you about that?

I’m really interested in the world of fashion. It kind of relates to my love for R&B. I like those worlds. I mean, I would love to score like a Prada runway. I think it would be an amazing thing to do. It would be challenging… I’m not sure what I would do, but I think it would be a really interesting project. I don’t know… it’s really a fascinating world to me. Even the things that I don’t like about it are fascinating and intriguing, just as much as the parts of it that I do like.

What can we expect from you in the next little while?

Slowly working on stuff. We’re going to begin touring with this live show, just a bit, in select places. We don’t want to bring my studio everywhere, or too often. I almost had a heart attack just planning this one so we’re hand picking, planning ahead, just planning a few moves and just trying to keep it calculated, I guess.

Do you have any ideas of an album at all in the future?

Maybe. I like to write without a planned project in mind and then if I write a body of songs, we’ll have an album, that can be an album. If it’s an EP, it’s an EP.